Everything you need to know about Kings XI Punjab : news, reviews, in-depth analysis, opinion and more

Kings XI Punjab captained by Yuvraj Singh were one of the semi-finalists in the DLF-IPL 2008 tournament and won ten of their fourteen league matches, just one less than Rajasthan Royals, the eventual winners. Although a balanced side with some big names like Brett Lee, Irfan Pathan, Mahela Jayawardene, Kumara Sangakkara and James Hope, Kings XI Punjab somehow lacked the firepower to deliver the knock out punch when most required in last year’s IPL.

The team was bought for $76 million by Bollywood actor Priety Zinta and businessman Ness Wadia and what a good investment the Kings XI Punjab turned out to be. The team has also been devoid of controversy and has remained in the shadows as compared to other IPL teams.

Kings XI Punjab’s start to IPL 2 was lacklustre as they were trounced by Delhi Daredevils in their opening fixture. This year the IPL team has added Goan batsman Ravi Bopara to their arsenal to capture the elusive IPL title. 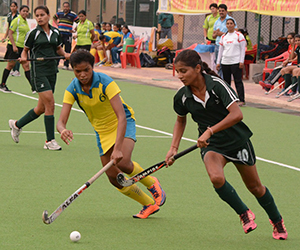 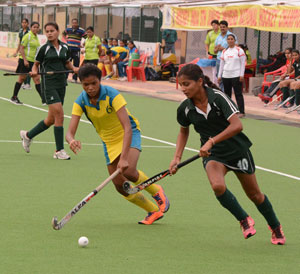 New Delhi, May 3 (IANS) The high-octane Indian Premier League (IPL) is seen as an inviting field for bludgeoning, slashing and slogging batsmen. However, it is no longer so heavily loaded in batsmen's favour as slow cutters, innovative bouncers and inventive bowling skills are coming to the fore in the fifth edition of the Twenty20 tournament. Bowlers in the ongoing season have received 16 Man-of-the-Match (MOM) awards in 44 matches, two of these getting washed out.

Chennai, May 3 (IANS) Having finally tasted success after a string of five defeats, the Deccan Chargers would be keen to scalp another opponent when they face an equally inconsistent Chennai Super Kings in the Indian Premier League (IPL) here Friday.

New Delhi, May 2 (IANS) With the government unable to store a bumper crop for the third year in a row, Prime Minister Manmohan Singh Wednesday appointed a panel headed by C. Rangarajan, chief of his economic advisory council, to suggest how it can distribute the additional grain to the needy.

Fans root for RCB as clouds hang over

Bangalore, May 2 (IANS) Royal Challengers Bangalore were restricted to 158 for five in 20 overs by Kings XI Punjab in their Indian Premier League (IPL) encounter at the M. Chinnaswamy Stadium here Wednesday.

Phagwara (Punjab), May 2 (IANS) At least two soldiers were killed when a tank fell into a ditch during an army exercise near this industrial town in Punjab, police said Wednesday.

Pune, May 2 (IANS) Pune Warriors will be banking on Australian captain Michael Clarke to bring back their Indian Premier League (IPL) campaign on track when they face Mumbai Indians at the Subrata Roy Sahara Stadium here Thursday.

Kolkata, May 2 (IANS) It is West Bengal's right to seek a three-year moratorium on interest payments on central loans, said Chief Minister Mamata Banerjee Wednesday, adding: "We are not beggars."

Kings XI Punjab will hope to make matter equal with Royal Challengers Bangalore when they face them in M.Chinnaswamy stadium of Bengluru at 8 pm.

Bangalore, May 1 (IANS) In spite of languishing at the eighth slot in the table with five defeats and four wins in nine games, an unfazed Kings XI Punjab will here Wednesday look for avenging its loss April 21 to hosts Royal Challengers Bangalore (RCB) though wary of their explosive batsman Chris Gayle.

Chandigarh, May 1 (IANS) With the procurement season in full swing, government agencies in Punjab and Haryana have procured over 150 lakh tonnes of wheat, food and supplies officials said here Tuesday.

Lahore, May 1 (ANI): Pakistan Tehreek-e-Insaf (PTI) Chief Imran Khan has decided not to be a part of any 'grand alliance' or 'campaign' announced by the Pakistan Muslim League-Nawaz (PML-N), saying his party will continue its movement against the ruling dispensation from its own platform.

CSK vs KKR: Gambhir helps KKR for their fifth consecutive win in IPL

Chennai, May 1 (IANS) Skipper Gautam Gambhir struck his fourth half-century of the season and spearheaded Kolkata Knight Riders to a five-wicket win against Chennai Super Kings with two balls to spare in the Indian Premier League here Monday.

Chandigarh, April 30 (IANS) The Punjab government Monday announced its decision to abolish octroi on petrol and diesel in the state. This will lower prices of the fuel by up to Rs.2.

Chennai, April 30 (IANS) Chennai Super Kings were restricted to 139 for five in 20 overs by Kolkata Knight Riders in the Indian Premier League (IPL) at the M.A. Chidambaram Stadium here Monday.

Islamabad, Apr 30(ANI): Pakistan intelligence agencies have warned that the Tehreek-e-Taliban Pakistan (TTP) may be planning another attack on the Adiala prison.

The 41st match between Chennai Super Kings and Kolkata Knight Riders will be played in Chennai from 8 pm onwards.

Chennai, April 29 (IANS) With three wins in the last four games, besides a no-result, the Kolkata Knight Riders would be looking to sustain the momentum when they take on a highly inconsistent Chennai Super Kings in the Indian Premier League here Monday.

Bathinda (Punjab), April 28 (IANS) Prime Minister Manmohan Singh Saturday hinted at an impending hike in fuel prices saying that there is need for such an exercise to balance the effects of the spiralling oil import bill.

Lahore, Apr 28(ANI): Pak Punjab Chief Minister Shahbaz Sharif has said that trade relations between India and Pakistan are in the interest of both countries.

Maryland governor in US celebrates Vaisakhi

Super Kings confident as Gilly is ruled out

Chennai, April 27 (IANS) While Kings XI Punjab skipper Adam Gilchrist ruled himself out of Saturday's Indian Premier League (IPL) game against Chennai Super Kings here, the hosts are on a much happier platform as they enjoy a lot of selection options as admitted by their coach Stephen Fleming.

Chennai, April 27 (IANS) Kings XI Punjab, with just six points from eight games, face a tough task in their bid to get their Indian Premier League (IPL) campaign back on track as they take on the powerful Chennai Super Kings here Saturday.

Mumbai, April 27 (IANS) Director Tarun Mansukhani has reportedly cracked the plot and finally "Dostana 2" is set to roll in the middle of the year. The film is said to be far more naughty and wicked and John Abraham says he can't wait to get cosy with Abhishek Bachchan on the screen again.

The match between Royal Challengers Bangalore and Chennai Super Kings got washed out all thanks to the downpour.

In the 33rd match played between Kings XI Punjab and Mumbai Indians in the PCA stadium of Mohali, MI defeated KXIP by 4 wickets. 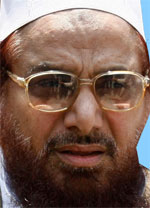 Co-founder of banned terrorist organisation Lashkar-e-Taiba (LeT) and Chief of Jamaat-ud- Dawa (JuD) Hafiz Muhammad Saeed has reportedly rejected the Pakistan government's appeal to limit his public appearances and activities, as United State has announced a bounty of US$10-million upon India's most wanted militant........

Bangalore, April 25 (IANS) Intermittent rains even two hours after the game was to begin forced the organisers to call off the Indian Premier League match between hosts Royal Challengers Bangalore and Chennai Super Kings late Wednesday without a ball being bowled at the Chinnaswamy stadium here.

Islamabad, April 25 (IANS) A powerful bomb was found Tuesday night in a bag on a Peshawar-bound passenger train in eastern Pakistan.

Chandigarh, April 24 (IANS) Punjab Tuesday asked the central government to allow the export of wheat to Pakistan and CIS countries through the Attari checkpost as the state's produce may cross a record 115 lakh tonnes this year.

Chandigarh, April 24 (IANS) The world may have feted him for becoming the only man to hit a century of centuries, but when it came to celebrating his 39th birthday, Sachin Tendulkar preferred to be with his wife and a few friends.

Chandigarh, April 23 (IANS) The Punjab government has sought a complete report on the status of the private Thapar University following the controversy over abolition of Punjab quota seats in engineering and technical courses there, Deputy Chief Minister Sukhbir Singh Badal said Monday.

New Delhi, April 23 (IANS) Six in the top 10 big hitters in the currrent season of the Indian Premier League (IPL) are from overseas. Eight of them have a 150 plus strike rate, though only West Indian Chris Gayle (19), South African Francois du Plessis (14) and Englishman Owais Shah (14) have hit sixes in double digits.

Lahore, Apr 23 (ANI): Sajjad Mehdi, the son of legendary Pakistani ghazal singer Mehdi Hassan, has appealed for donations from the government and other institutions for his father's medical treatment. His father is in debt to the tune of Rs 5.2 million, an amount that has been spent on medical treatment.

Royal Challengers Bangalore will be eying for revenge of their previous loss when they face Rajasthan Royals in today's match to be played in Sawai Mansingh stadium of Jaipur.

Mumbai, April 22 (IANS) Kings XI got their Indian Premier League (IPL) campaign back on track as Shaun Marsh struck an unbeaten 68 to guide them to a convincing six-wicket win over Mumbai Indians at the Wankhede Stadium here Sunday.

In the 25th match played between Royal Challengers Bangalore and Kings XI Punjab, the former marked a 5 wicket win over the latter.

In the 25th match played between Royal Challengers Bangalore and Kings XI Punjab, the former marked a 5 wicket win over the latter.

Zardari hints at opening Sulemanki border, having dialogue with India on all issues

Islamabad, Apr 21(ANI): Pakistan President Asif Ali Zardari has hinted at opening the Sulemanki border and added that the country is willing to have dialogue with India on all issues, and is also open to boosting trade ties with the neighbouring country.

Punjab bans use of cancer causing pesticides in Malwa

Chandigarh, April 20 (IANS) The Punjab government will soon have in place a policy to curb drug addiction among the people, especially among the youths of the state, Chief Minister Parkash Singh Badal said here Friday.

Daredevils hope to extend their winning streak against Warriors

Islamabad, Apr 20(ANI): The Pakistan Cricket Board (PCB) has sent a 70-page security plan of the country's proposed limited-overs games against Bangladesh to the International Cricket Council (ICC).

Battle of equals between Super Kings and Rajasthan Royals

Chennai, April 20 (IANS) Chennai Super Kings, pepped up by their 13-run win against Pune Warriors in an Indian Premier League tie here Thursday night, will be looking to join the front-running pack when they face leaders Rajasthan Royals here Saturday.

The 25th match of IPL 5 will be played in PCA stadium of Mohali between Kings XI Punjab and Royal Challengers Bangalore and it will start at 8 pm in the evening.

CSK marked a 13 runs win over Pune Warriors in the 24th match of IPL 5 played in M.A. Chidambaram Stadium yesterday.

Chennai, April 20 (IANS) The following is the scoreboard of the Indian Premier League (IPL) match between Chennai Super King and Pune Warriors at the M.A. Chidambaram Stadium here Thursday.

Chandigarh, April 19 (IANS) The Punjab government has sought the intervention of the central government on the controversy over the Thapar University in Patiala abolishing the 50 percent reservation quota in its courses for students of the state.

We have been inconsistent: Gilchrist

Mohali, April 19 (IANS) Kolkata Knight Riders captain Gautam Gambhir praised his bowlers for restricting the Kings XI Punjab to a low score on a flat track and gave them the credit for the convincing victory Wednesday night in the Indian Premier League (IPL) clash here.

Can Sourav's Warriors thump another victory over Dhoni's Super Kings?

Gambhir made sure that KKR wins this time