Everything you need to know about Congo: news, reviews, in-depth analysis, opinion and more

The Democratic Republic of the Congo, or Congo or DRC or RDC or DR Congo or Congo-Kinshasa is an African state that has varied colonial past thanks to its vast natural resources that includes the Congo Rainforests. The country was first colonized by Belgium and called the Belgian Congo. The country was renamed Zaire by Joseph Mobutu in 1960 whose reign witnessed a tremendous increase in corruption and brought the country on the brink of a civil war. The country reclaimed its original name in 1997. The African Congo is currently torn by a civil war between the Congo government, backed by Zimbabwe, Angola and Namibia on one side and the Mobutu rebels backed by Rwanda and Uganda on the other.

Geoghraphy and Climate of DR Congo:

The Congo or Zaire is a country through which the Equator passes and located in sub-Saharan Africa. The DRC is the third largest country in Africa area wise. The Congo River dominates much of the Congolese mainland and is a major contributor to the Congo economy. Apart from the desert expanse Congo also consists of plateaus that merge into the savannas in the south and glaciated mountains in the east.

Due to Congo's equatorial location the country witnesses heavy precipitation that exceeds 200 cms in some areas. Also Congo has the second largest expanse of rainforests in the world after Brazil. Congo or the DRC also has the highest thunderstorm frequency anywhere in the world.

Economy and Civil Strife in Congo:

Congo has been blessed with rich natural wealth that has proved to be both a blessing and curse. The country is the World's largest Cobalt ore producer, apart from producing Copper and industrial Diamonds. However the two major wars have drastically curtailed the Congolese economy, so much so that nearly 2/3 rd Congolese are victims of malnutrition. The country is heavily dependent on foreign aid and humanitarian agencies to sustain itself.

Congo is witness to decade long civil war beginning in 1997 when the Rwandan Hutus started using Congo as a base for attack against Tutsi-led government in Rwanda. Since then much of the conflict has raged around the issue of control of Congo's substantial mineral resources. The war has killed 5.4 million till now and has been termed ?Africa's World War'.

The Democratic Republic of the Congo inheres hundreds of different ethnic groups that abound the course of the River Congo. Even the Congolese music is well blended, which includes Soukous, a mixture of Cuban rumba and the Merengue. Congolese art is also well known for the fine masks and well-crafted wooden statues.

The Equatorial rainforests of DR Congo offer a diverse range of flora and fauna including the bonobo Chimpanzee, white rhino and mountain gorilla. Congo features must-see National Parks that include the Garumba, Kahuzi-Biega, Salonga and Virunga National Parks, and the Okapi Wildlife Reserve, all of which are on the World Heritage Site list of UNESCO. Tourists traveling to DR Congo can also enjoy the serene view along the Congo River cruise that terminates in the Congo Capital Kinshasa. 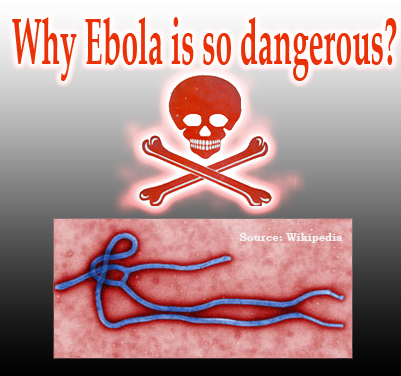 India tops list of pre-term births globally by a mile

Washington, May 3 (ANI): India is leading other countries in the world with the highest number of deaths due to preterm births by a difference of millions, according to a new report.

India tops list of pre-term births globally by a mile

Washington, May 3 (ANI): India is leading other countries in the world with the highest number of deaths due to preterm births by a difference of millions, according to a new report.

Washington, May 2 (ANI): Larger male gorillas living in the rainforests of Congo seem to be more successful than smaller ones at attracting mates and even raising young, researchers have found.

London, April 25 (IANS) In a brazen attack carried out by helicopter-borne poachers, a herd of 22 elephants were killed and their tusks and genitals hacked off at a national park in the Democratic Republic of Congo, a media report said Wednesday.

United Nations/New Delhi, April 24 (IANS) UN Secretary General Ban Ki-moon will undertake a four-day visit to India, his third since 2008, from Thursday when he will meet Prime Minister Manmohan Singh and other government leaders to discuss the geopolitical situation, troubled zones and other development issues.

New Delhi, Apr 23 (ANI): The Supreme Court on Monday asked the Centre to place on record the file pertaining to the appointment of Lt General Bikram Singh as the Army Chief-designate.

Minefield of controversies lie in next army chief's way (Comment)

When Lt Gen Bikram Singh takes over as India's 27th army chief on May 31, he will be the first ever to be elevated to the force's top job under such negativity and potentially incendiary conditions, which could embarrassingly unravel, as they at times tend to, during his tenure.

Hundreds of tropical bird species at risk of extinction

London, March 6 (ANI): Researchers have cautioned that up to 900 species of tropical land birds around the world could become extinct by 2100. 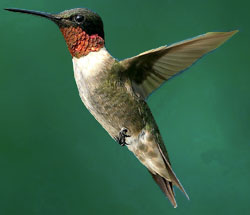 Several bird species on the verge of extinction

Scientists have warned that up to 900 species of tropical land birds around the world may become extinct by 2100.

Hundreds of tropical bird species at risk of extinction

London, March 6 (ANI): Researchers have cautioned that up to 900 species of tropical land birds around the world could become extinct by 2100.

Wellington, Feb 23 (ANI): Ben Affleck, who has two children with his wife Jennifer Garner and expecting a third, wants to "serve as an example for his kids" through his philanthropic pursuits.

Wellington, Feb 23 (ANI): Ben Affleck, who has two children with his wife Jennifer Garner and expecting a third, wants to "serve as an example for his kids" through his philanthropic pursuits. 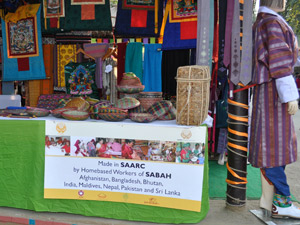 Surajkund Craft Mela: A place where many a tradition meet

Internationally acclaimed Suraj Kund Crafts Mela saw the dawn on February 1, 2012, and is on its extreme height now. This is the 26th time Haryana tourism is proudly hosting this mela.