Beware of childhood nightmares as it may lead to suicide: Research 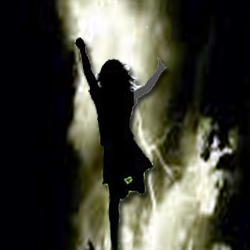 In a significant revelation, it has been came in light that children who are bullied suffer in silence and the trauma may lead to anxiety, depression, psychotic episodes and even suicide. The shocking facts have been displayed in an alarming study which is important development.

According to researchers from Warwick University, the nightmares or night terrors are more common among 12-year-olds who had earlier reported being bullied when they were eight and 10 years. It further show that victims of bullying at a tender age are at greater risk of experiencing sleep disturbances later.

Suzet Tanya Lereya, lead author and research fellow at University of Warwick, said, "Nightmares are relatively common in childhood, while night terrors occur in up to 10 percent of children."

If children have nightmares, parents should know that this may be related to experiences of being bullied by peers, and it provides them with an opportunity to talk with their child about it.

"There may be a way to identify victims of bullying before they experience serious mental health problems," Lereya noted.

Lereya and Dieter Wolke analysed data where 6,438 children aged eight and 10 years were interviewed about bullying and parasomnias, including nightmares, night terrors and sleep walking, when they turn 12.

Wolke further said, "Our findings indicate that being bullied is a significant stress/trauma that leads to increased risk of sleep arousal problems, such as nightmares or night terrors." Those who were both a victim and a bully were much more likely to have any parasomnia, but bullies were not at increased risk of a sleep disturbance.