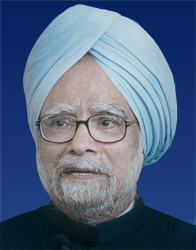 Addressing the inaugural function of the seventh Asia Gas Partnership Summit in New Delhi, the Prime Minister said: "As an illustration, in the last five years, natural gas consumption in India and China has witnessed compound annual growth rates of 14 percent and 18 percent respectively."

He also added that the Asia-Pacific region, mainly Australia and the Middle-East, has already developed as one of the principal source of gas supply.

"The Asian region, led by China and India, is also emerging as a major destination for that supply. Asia Pacific accounts for about 60 percent of world's total LNG imports. Therefore, there is a natural synergy in promoting greater flow of trade, investment, skills and services, across the gas-value-chain within the Asian region. Indeed we should move beyond the conventional buyer-seller relationships to more a comprehensive gas and energy partnership in this vast region," said Dr. Singh.

"Such partnerships can benefit the gas-endowed countries in the region from capital investments in their gas fields and also from the associated long-term purchase agreements. Simultaneously the fast-growing emerging markets in the region can gain in terms of securing reliable supplies of gas at affordable prices," he stated.

Dr. Singh said the huge and emerging markets of Asia will also provide great opportunities for collaboration through joint research and technology development that will help for the supply of clean and cheaper energy to the common people.

"Expanding the use of natural gas in India is one of the most important and immediate ways of responding to the challenges of energy security and the management of climate change. The Government of India had launched the New Exploration Licensing Policy (NELP) way back in the year 1997-98. The policy has resulted in investments of over US$14bn and discovery of 87 oil and gas blocks, with three blocks in production," said the Prime Minister.

“The 9th round of NELP has just been completed covering a sedimentary area of about 88,000 sq km, which saw participation by 37 companies including eight foreign ones," he added.

Dr. Singh said the opening up of the oil and gas sector to private industry participation has resulted in rise in the availability of domestic gas and has also promoted the participation of MNCs. India has increased the investment for the creation of LNG re-gasification facilities to meet the growing demand of gas, he added.

Addressing the srowed he Dr. Singh told about the launching of an ambitious pipeline development programme by the Indian government.

"I understand that the Gas Authority of India alone will expand its pipeline length from the existing 9000 Km to around 14,500 km by 2014. Private operators are also expected to add another 5,000 km in the same period. The target is to have a country-wide gas grid of about 30,000 km by the end of the 12th Five-Year Plan in 2017," said Dr. Singh.

"The 2000 km long Dahej-Vijaipur-Bawana-Nangal/Bhatinda pipeline of GAIL has been completed recently. I have great pleasure; I have the privilege of dedicating it to the nation today. I understand that it has the potential to be extended up to the border with Pakistan. I am happy therefore, to dedicate this pipeline to the nation today," he added.

He stated that India has one of the world's largest coal reserves and said: "We wish to work with international companies having the requisite experience and expertise for exploitation of coal seam gas."

During his speech The Prime Minister said the government has initiated gas pricing policy reforms to promote the production of natural gas in the country.

"We are conscious that remunerative energy prices are needed to ensure expanded energy supply. At the same time oil and gas are national resources and, therefore, should be within the framework of government and regulatory oversight. The economic exploitation of these resources should lead, therefore, to win-win solutions for both the investors as well as the people of India at large," he said.

-With Inputs from ANI.