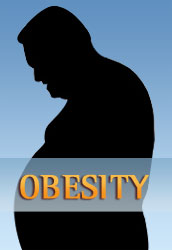 A new and surprising remedy to fight obesity is on the anvil. A study has found that taking seaweed bread can help make one feel fuller and cuts down the amount of food that one take every day.

An experiment in which men were served seaweed bread for breakfast consumed 179 less calories during a day. This reduction is almost equal to working out for half an hour at a gym.

This food has some unique features that help it fight obesity. Seaweed resembles the flavor of salt in bread but contains very less sodium. This low sodium diet cuts down the risk of heart disease and stroke.

In the course of trial they gave the men 3.5oz of normal bread made with salt one week and bread with seaweed instead of salt the next.

For the breakfast the men were given toast and scrambled egg and then they were allowed to eat 14oz bowls of pasta and tomato-based sauce as they could consume.

Researchers from Sheffield's Centre for Food Innovation observed how much the men consumed and measured their blood pressure, blood glucose and cholesterol levels as part of the study.

Their hunger and fullness were also monitored by the team of researchers.

"This study shows that in the short term consumption of this bread reduces energy intake," lead researcher Anna Hall, a lecturer in nutrition at Sheffield Hallam University has been quoted as saying.

"In the long term this may contribute to weight loss or weight management. We hope to undertake long-term trials, which are needed in order to potentially produce such results," she explained.

"Seaweed is natural, sustainable, organic and adds nutrition.." Dr Craig Rose, of the Seaweed Health Foundation, which supported the study, has been quoted as saying.