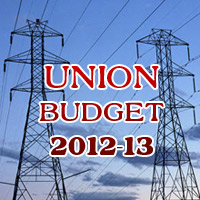 Pranab presenting his third budget for the second successive term of UPA government has tried to address the problem of rising fiscal deficit, interest rate and decreasing gross domestic product. Projecting the growth rate of India in the next fiscal to be around 7.6% (+/-0.25%), he said that after facing the slump down problem at growth sector due to global meltdown and rising inflation, India is now coming back on the growth reform track from 6.9% in the previous years.

Allocating the budget for several sectors, Pranab has tried to steal money from the commonmen's pocket by rising taxes in several categories and fields. For example, the increment of service tax and standard excise duty from 10% to 12% will make all the service and goods costlier and this additional burden will again bent more the waists of poor, market experts believe.

However, as against the expectations of the economic experts, Finance Minister has not immediately scraped the granted subsidies from food grains, food products, LPG, kerosene oils and fertilizers, but made a structure that would trim the burden of subsidies on essential goods. For example, he has proposed Food Security Bill (to be implemented soon after passing out in the Parliament), a mobile-based Fertilizer Management System, designed to provide end-to-end information on movement of fertilizers and subsidies which will be rolled out nation-wide during 2012 and benefit to 12-crore farmers family directly.

Stressing on the need to have a close look at the growth of revenue expenditure, FM said, "Government will endeavor to restrict the expenditure on central subsidies under 2 per cent of GDP in 2012-13 and over the next three years, it would be further brought down to 1.75 per cent of GDP."

Mukherjee laid emphasis on striking a balance between fiscal consolidation and strengthening macroeconomic fundamentals. He announced introduction of amendments to the Fiscal Responsibility and Budget Management Act, 2003 (FRBM Act) as part of the Finance Bill 2012.

On the tax reform sector, Mukhjerjee stated that the Direct Taxes Code (DTC) and Centre and State Goods and Services Tax (GST) Bill will be implemented later in this year. For government employees, he raised the income tax rebate limit from earlier Rs.1,80,000 to Rs.2,00,000. The tax slab has also been revised from previously (1.80-lakh to 3-lakh) to (2-lakh to 5 lakh), from (3-lakh to 8 lakh) to (5-lakh to 10-lakh) and from above 8-lakh to above 10-lakh slab. In the first slab, no tax will be levied while 10%, 20% and 30% of tax would be levied in second, third and fourth slab respectively.

For widening tax collection, he has proposed to levied service tax on all services except those in the negative list. The negative list has 17 heads and includes specified services provided by the government or local authorities, and services in the fields of education, renting of residential dwellings, entertainment and amusement, public transportation, agriculture and animal husbandry.

A number of other services including health care, and services provided by charities, independent journalist, sport persons, performing artists in folk and classical arts, etc are exempt from service tax. Film industry also gets tax exemption on copyrights relating to recording of cinematographic films.

The standard rate of excise duty for non-petroleum goods is also being raised from 10 per cent to 12 per cent. No change is proposed in peak rate of customs duty of 10 per cent on non-agricultural goods.

For strengthening investment environment, Mukherjee has allowed Foreign Direct Investment (FDI) in multi-brand retail upto 51% and for domestic retail investors whose annual income is below Rs.10-lakh, has proposed a new scheme "Rajiv Gandhi Equity Savings Scheme" allowing income tax deduction of 50 per cent to new retail investors who invest up to Rs.50,000 directly in equities. He also proposed to simplify the process of Initial Public Offer (IPO).

On the disinvestment policy, the Finance Minister proposed to raise Rs.30,000 crore in 2012-13. He said at least 51 per cent ownership and management of Central Public Sector Enterprises (CPSEs) will remain with the Government.

Focusing on agricultural sector, he said that agriculture will continue to be a priority for Government. He proposed an allocation of Rs. 20,208 crore, a rise of 18% from previous fiscal for the Department of Agriculture and Cooperation in 2012-13. He said that the outlay for Rashtriya Krishi Vikas Yojana (RKVY) is being increased to Rs. 9217 crore in 2012-13.

For textile sector, the Finance Minister announced to set up two more mega clusters, one to cover Prakasam and Guntur districts in Andhra Pradesh and other for Godda and neighboring districts in Jharkhand. He also proposed setting up of three Weavers Service Centres, one each in Mizoram, Nagaland and Jharkhand. The Minister proposed a Rs. 500 crore pilot scheme in twelfth plan for promotion and application of Geo-textiles in the North East. A powerloom Mega Cluster will be set up in Ichalkaranji in Maharashtra.

For Banking and finance sector, FM has proposed to provide Rs. 15,888 crore for capitalization of Public Sector Banks, Regional Rural Banks and other financial institutions including NABARD. He also proposed to set up a Central Know Your Customer (KYC) depositary in 2012-13 to avoid multiplicity of registration and data upkeep.

For Micro, Small and Medium Enterprises, Pranab has proposed to set up a Rs.5000 crore India Opportunities Venture Fund with SIDBI to enhance availability of equity to SMEs.
No changes have been made in corporate taxes and government has arranged a low cost fund to some stressed infrastructure sectors, by reducing interest payments on external borrowings (ECBs) from 20% to 5% for 3 years.

Regarding health sector, he proposed an increase in allocation for NRHM to Rs.20,822 crore in 2012-13. He also said that National Urban Health Mission is being launched.