Will he walk the tight rope? 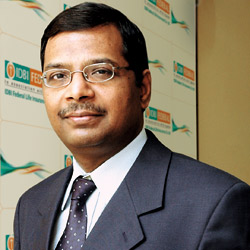 The Indian economy is hit by the “European Dilemma” of need for austerity with growth. High crude prices and lack of political will to pass on the hike in crude prices, other food and fertilizer subsidies to the customer has put a severe strain on the already stretched government finances. Policy paralysis, high inflation and hence rising interest rates have resulted in an investment-led slowdown in economy. Hence, fiscal austerity on one side and reformist budget supporting growth on the other becomes the need of the nation and this makes the budget exercise extremely challenging. Recessionary global economic environment makes this task even more difficult. The Political desire to have a populist approach to public finances, despite knowing economic consequences, has become stronger post the recent debacle of ruling UPA II in state elections. Stark deviation in budgeted & expected numbers of fiscal deficit, divestment, GDP growth, government borrowings & subsidies for current financial year has made a mockery of the budgeting exercise weakening the credibility of the Finance Minister. In the coming Union Budget, market participants would not only like to carefully watch these numbers but also the approach to achieve stated numbers so as to regain some confidence in the sanctity of the budgeting exercise.

In the current environment, 7%-7.25% GDP growth assumption for budgeting with a 6.5% of inflation expectation (nominal growth assumption of 13.5% to 13.75%) would be most reasonable and any number beyond this would need supporting policy decisions. Market is hoping against the hope to have a 3 to 5 year road map for fiscal consolidation knowing very well that fiscal austerity road map would be difficult to comply with given the propensity of ruling parties to be extravagant immediately before the general elections which are due in 2014. Similarly, any projection of fiscal deficit of more than 5.25% of GDP would not be liked and any number below 5% would be looked at with skepticism. Roll back of fiscal stimulus of 2% of excise duty given few years back is part of the general expectation and hence would not be taken negatively. Any announcement related to loan waiver, farm waiver, food security bill etc should best be avoided. Long pending reforms like GST, Land Acquisition, Mining Bills, Fuel Price Deregulation and progress on DTC & GST, FDI in Insurance, Retail, and Aviation are important but evolving a consensus among the various political parties would be a challenge. Market also expects initiatives in the power sector to support the ongoing reforms in this sector, boost to agriculture & housing sector & policies addressing supply-side bottlenecks of agriculture produce. Government initiatives to restore investment climate for long term sustainable growth would also be closely watched.

India’s political landscape is changing rapidly and small & regional parties are gaining dominance thereby putting a strain on the national level policy making and hence building a consensus for any reform or initiative would become an uphill task. Perhaps time has come for India to pay the price for democracy.