Everything you need to know about Lebanon: news, reviews, in-depth analysis, opinion and more

Until the end of the first WW Lebanon was part of the Ottoman Empire after which it came under the French protectorate till 1943 when France granted Lebanon its independence. The country is home to diverse ethnicities like Christians, Shi and Sunni Muslims, Palestinian migrants and others. This has resulted in a unique political system whereby all the important communities have equal representation. Syria, which has historic roots with the Lebanese people still exerts considerable influence on Lebanon. Following a UN resolution the Syrian forces finally withdrew from Lebanon in 2005 after 26 years. Lebanon was once a booming Mediterranean economy and tourist hotspot and consequently was called the ‘Switzerland of the East’ owing to the numerous beautiful resorts and scenic beauty of the country.

Lebanon Geography and Climate:
The West Asian country of Lebanon borders the Mediterranean Sea on its West and Syria to its east and north whereas Israel lies to the south of Lebanon. Lebanon terrain is largely mountainous and the Beqaa Valley plays a vital role in Lebanon’s agriculture. Water is scarce as is true in the whole of Mediterranean and Lebanon is in dispute with Israel over the waters of the Golan Heights.

Lebanon experiences a Mediterranean climate with cool winters along the coasts and snowfall in the elevated uplands and warm and dry summers. Lebanon receives high rainfall except the northeastern region where the high mountain peaks block the rain bearing winds.

Lebanon Culture and Cuisine:
The Phoenician culture flourished in Lebanon more than 2,000 years back and later on the Islamic influence spread to the Lebanese shores. Lebanon is also home to a significant number of Christian population owing to the French occupation till 1943. The French influence can also be seen in the tolerant societal attitude towards men-women relations and more westernised people as compared to other Mediterranean countries. The Lebanese cuisine is similar to Syrian, Egyptian and other cuisines. Kibbe, a meat pie made from lamb and burghul wheat, is the national dish of the Lebanese people, whereas the national drink is Arak, a strong anise-flavoured liquid.

Lebanon Economy:
Despite having the largest agricultural tract among the Mediterranean countries only 12% Lebanese are involved in the agricultural sector and the major agricultural produce include apples, peaches, oranges and lemons. Even the Lebanese industrial sector has really not taken off owing to total dependence on imports for essential commodities like oil. The biggest economic driver is the thriving tourism industry and the financial sector that offers strict financial secrecy much like Switzerland and some other countries.

Lebanon Tourist Attractions:
Lebanon is a tourist haven and its capital Beirut is famous for many architecturally historic buildings. Anjar in the Beqaa valley is the only Umayyad city in Lebanon and consists of some well-preserved ruins. The ancient Lebanese city of Ballbeck is a World Heritage Site with numerous architectural attractions. The Lebanese capital of Beirut is a mystic combination of modernity and tradition both of which are found in opulence.

Other Places to See in Lebanon include:

Beirut, April 30 (IANS) Israel Monday began building a wall along its border with Lebanon. The wall will separate the Lebanese village of Kfar Kila from Israel's settlement of Metula, Xinhua reported.

United Nations/New Delhi, April 24 (IANS) UN Secretary General Ban Ki-moon will undertake a four-day visit to India, his third since 2008, from Thursday when he will meet Prime Minister Manmohan Singh and other government leaders to discuss the geopolitical situation, troubled zones and other development issues.

Jerusalem, April 22 (Xinhua-ANI): Israel's military chief Lt. Gen. Benny Gantz has said the army is prepared to launch an attack on Iran' s nuclear facilities once a government decision to that end is made.

Damascus, April 22 (IANS) Amid mounting international pressure, Syria Sunday asserted that it will not allow itself to be invaded like Libya and rubbished the opposition as a rag-tag collection of Al Qeada elements and rank criminals who are supported by the West in league with some powerful Arab nations.

Russian study tells how to win a modern war

Moscow, April 19 (IANS/RIA Novosti) A group of Russian independent military experts has published a comprehensive study of major military conflicts in the past two decades which could be used as a guide for success in modern wars.

Beirut, April 17 (IANS) Residents of two Lebanon villages held a remembrance ceremony Monday for the 24 victims from their village aboard the gigantic Titanic that sank in the North Atlantic a century ago.

Moscow, April 7 (IANS/RIA Novosti) A Lebanese national has been detained in Russia on suspicion of trafficking a Russian woman to Lebanon and forcing her to work as a prostitute, officials said.

Madonna desires to play in Iran, Egypt and Syria

Washington, Apr 5 (ANI): Madonna is reportedly keen on travelling across the world to play her music, even in areas that are on shaky ground.

Tehran, April 5 (IANS) Iran's national football team will play a friendly match against the United Arab Emirates (UAE) in preparation for the final stage of Asian qualifying for the 2014 World Cup to be held in Brazil.

Dubai, April 4 (IANS/WAM) The UAE and Lebanon have sought to boost trade and investments between the two countries.

Beirut (Lebanon), April 1 (IANS) Iran has said it 'would not spare any effort to' support the Syrian leadership.

Beirut, March 31 (IANS) Iran "would not spare any effort to" support the Syrian leadership, its Iranian deputy foreign minister said on a visit here Saturday.

Baghdad, March 29 (IANS/WAM) Kuwait and Lebanon held talks Thursday on the sidelines of the 23rd Arab summit in the Iraqi capital Baghdad. 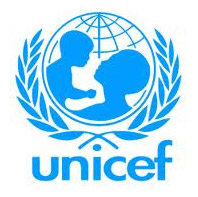 Thousands of displaced women and children in Syria will soon get a relief as the Unicef is soon going to work on urgent issues related to health, education and other needs, said a UN spokesman.

United Nations, March 24 (IANS) The Unicef will address urgent issues related to health, education and other needs of thousands of displaced Syrian women and children, a UN spokesman said.

Damascus, Mar 7(ANI): Syria President Bashar al-Assad has vowed to crush "foreign-backed terrorism" in the wake of the army turned on new targets after subduing Homs.

Obama slams violence in Syria as 'heartbreaking', but rules out US military action

Washington, Mar 7(ANI): US President Barack Obama has described the situation in Syria as "heartbreaking," but added that his country's unilateral military intervention would be a mistake.

Obama slams violence in Syria as 'heartbreaking', but rules out US military action

Washington, Mar 7(ANI): US President Barack Obama has described the situation in Syria as "heartbreaking," but added that his country's unilateral military intervention would be a mistake.

Damascus, Mar 7(ANI): Syria President Bashar al-Assad has vowed to crush "foreign-backed terrorism" in the wake of the army turned on new targets after subduing Homs.

Syrian forces 'carrying out mass arrests and executions' in Homs

Syrian forces 'carrying out mass arrests and executions' in Homs

Damascus, Mar 5(ANI): Up to 2,000 people have escaped the military onslaught in Homs in Syria, by trying to reach the Lebanon border.

Damascus, Mar 5(ANI): Up to 2,000 people have escaped the military onslaught in Homs in Syria, by trying to reach the Lebanon border.

Beirut (Lebanon), Feb.16 (ANI): Syrian President Bashar al-Assad has decided to hasten the holding of a referendum on a new constitution that seeks to establish a multi-party system.

London, Feb 13 (ANI): New Al Qaeda leader Ayman al-Zawahr has urged Syrians not to rely on the West or Arab governments in their uprising against President Bashar Al Assad.

Sydney, Feb.6 (ANI): Family connections and friendships are at the core of the terrorist networks active in Australia over the past 12 years, a Monash University researcher has found.

New York, Jan 17 (ANI): An unemployed doorman in US got the shock of his life when he received a hospital bill demanding more than 44 million dollars for the three weeks he had spent there getting treated for pneumonia.

New York, Jan 17 (ANI): An unemployed doorman in US got the shock of his life when he received a hospital bill demanding more than 44 million dollars for the three weeks he had spent there getting treated for pneumonia.