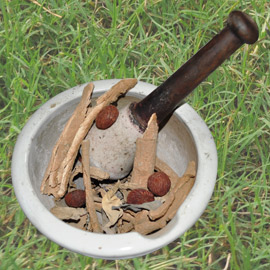 Ayurveda is one of the oldest Indian medicinal science that has been practiced for last 5000 years and from then to now, the potential of ayurveda has remained same and cannot be questioned. But with the introduction of the western science of medicines such as allopathic, the popularity of ayurveda has been overshadowed. But with time people are becoming aware of the side effects of the other medicinal systems and again heading towards ayurveda. But the major problem faced with the popularity of ayurveda is the lack of awareness and knowledge among the people about its effects and benefits. Ayurveda is itself a complete science of medicine which has been in successful practice for years.

The demand for ayurvedic medicines declined at a significant rate in India after the English invaded India and introduced the western science of medicine here. But with time when people started to recognize the positive aspects of ayurveda, the inclination of people started increasing again. Now, though the demand of ayurveda is limited, still it has a great ahead. People are becoming aware with the side effects of allopathy and their intrest is shifting toward ayurveda day by day.

Ayurvedic medicines can have a great future, all what is needed is creating the awareness among the people. The positive aspects of ayurveda is not hidden and better known but not to the common people. They still rely on other treatment therapies. So, creating awareness among the common people should be the prime concerm to promote the ayurvedic treatment.

Today, in India more than 1000 companies are involved in the preparation of ayurvedic medicines but only a few of them are known to some people. Most of them are smaller ones. The concern for the promotion of ayuvedic treatment is rising with the increasing demant of ayurvedic medicines among the people. Ayurveda has been the best remedies for all kinds of ailments and disorders from the very begining but with time people became unaware of its benefits due to proper lack of documentation. And for the first time to promote ayurvrdic treatment in India the Government has commissioned a first-ever status report on Indian medicine and folk healing. The report has been funded by the Department of Ayurveda, Yoga and Naturopathy, Unani, Siddha and Homeopathy (AYUSH) under the Ministry of Health and Family Welfare and the report has recently been submitted to the Union Health Minister Ghulam Nabi Azad, that has strongly suggested the establishment of a high-level commission to propagate and globalise Ayurveda, since, the potential of ayurveda is no less than the allopathic medicines.

Also Kerela tourism department is making lots of effort to promote ayurveda by attracting more and more tourists have to experience rejuvenation packages in state. In its further plan of extension, they are planning to attract them by extending the welness tourism to medical tourism. This seems to be one of the best way of promotion of ayurveda globally. The efforts made by kerala government brought remarkable results  when the number of foreign tourists visiting Kerala went from 66,000 in 1990 to 3.5 lakh in 2006.

To promote the ayurvedic system of medicines, a governing body called the SAARC (South Asia Association for Regional Cooperation) was formed in 1985 with its members including India, Pakistan, Nepal, Bangladesh, Bhutan, Maldives, and Sri Lanka. The members within SAARC have work tremendiously in promoting the ayurvedic system of medicine globally.

The popularity of ayurvedic medicines has started increasing again with increasein the awareness of people around the world. Many companies are now taking interest to invade the market of ayurvedic medicines. Exports of Ayurvedic medicines have reached a value of 100 million dollars a year which is about 10% the total value of the  Ayurvedic industry in India. About 60% of this are raw herbs to be exported to make finished products, 30% is finished product to be exported for direct sales to consumers, and the remaining 10% is partially prepared products to be finished in the foreign countries.

The rising popularity of ayurveda has gained it a respectable position in the world of medicines and thus the number of government and non-government organizations have been increasing every year in Ayurvedic system in India. Here is an statistical analysis of the development of ayurveda in India in the recent years.