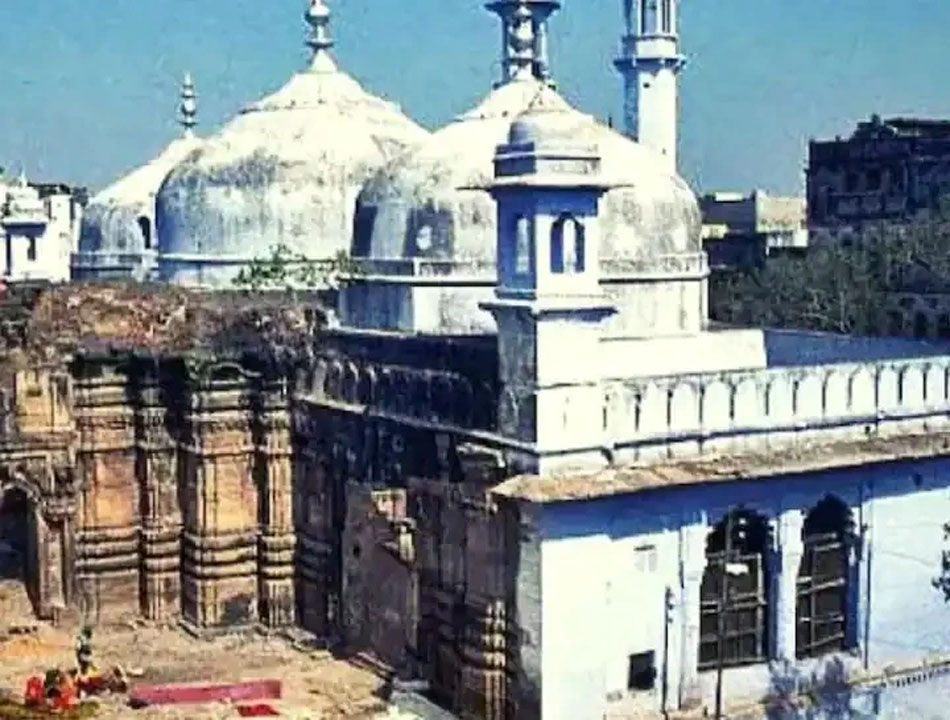 The video and photo survey of the Gyanvapi Masjid is done in 3 day and a report will be submitted in the court on Monday.

According to the Hindu side the size of 'Shivling' is 12 feet by 8 inches in the diameter. It is also claimed that the 'Shivling' is facing Nandi side. This is considered to be a big evidence in favor of Hindu side. Detailed reported will be summited in court by each side and court will hear the matter on Monday.

During the survey process heavy security was deployed on the spot of the survey.

According to the mosque management committee (Anjuman Intezamiya Masajid) the Idol of Shringar Gauri is outside, on the western wall of the mosque.

On Monday Harishankar Jain, the lawyer of Hindu side left the Gyanvapi compled before the end of the survey process, reached the court and moved the application. In his plea, Jain claimed that a 'Shivlinga' had been found in the fountain. Jain said in this plea “As it is very important evidence in this case, the aread should be sealed immediately for the its safety,”  demanding a ban on the entyr of Muslims in the complex and not allowing more than 20 persons in the mosque for namaz.

The civil judge Ravi Kumar Diwakar asked the district adminstraion, the local police and CRPF, to seal the area inside the Gyanvapi complex where the Shivlinga has found.