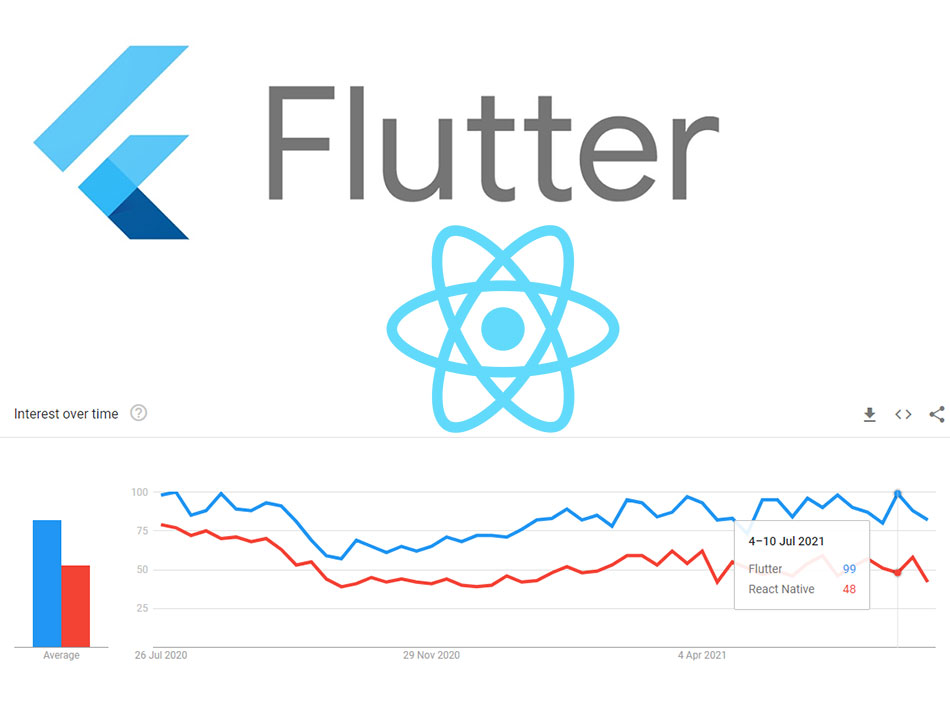 Flutter is well-known anyone for cross-platform mobile app development, if you have not heard about this framework then it’s a good time to learn it. The popularity of Flutter is going high after the release of Flutter 2.0 in March this year. Flutter is developed by Google, which is now being used by the developer community for creating cross-platform apps for many industries. Big companies are now looking towards Flutter for developing their next applications.

According to the recent statistics, Google Flutter is being used by over 39% by the app developer globally. This figure is expected to increase in big numbers in coming months. Big brands like Google Ads, BMW, and Alibaba is delivering many feature apps.

Flutter is a powerful framework for developing and managing project lifecycle, for example, if you have to add new functionality in your app then it can be added to once code base and deployed on many platforms. This saves log of time of the developer as compared to the native app coding in each platform separately.

Companies and developers prefer Flutter over React Native and other frameworks for cross-platform app development.

Flutter is designed to develop cross-platform apps with the same codebase, which is most important benefits. It comes with the widgets and other components to make it a very robust framework. Code is compiled for ARM code and it runs faster on the host operating system this makes Flutter framework very powerful for developing cross-platform apps. While developing the app, developers can use 80% of their code and this is good.

Flutter allows developer to create powerful, high and robust applications in less time as compared to other application development frameworks. The ‘Hot Reload’ feature can be used by developers to perform real-time app maintenance.

Flutter comes with a large number of widgets like AlertDialog, Align, AnimatedAlign, Autocomplete and many others which make programming much easier. These widgets help developers in building apps faster and in a much elegant manner. There are many animation widgets for different purposes, which helps in developing quality apps for clients.

Native performance on all platforms

Flutter apps are compiled for ARM code and for the host CPU. The Flutter generates high-performance apps that work well with the host OS.

Flutter is an open-source platform that is supported by the global programmer community. There are so many examples and sample projects, that will help developers in learning it fast.

Ads: If you are looking for developers in India for developing Flutter applications then check the cost details at: Flutter App Development Cost in India.