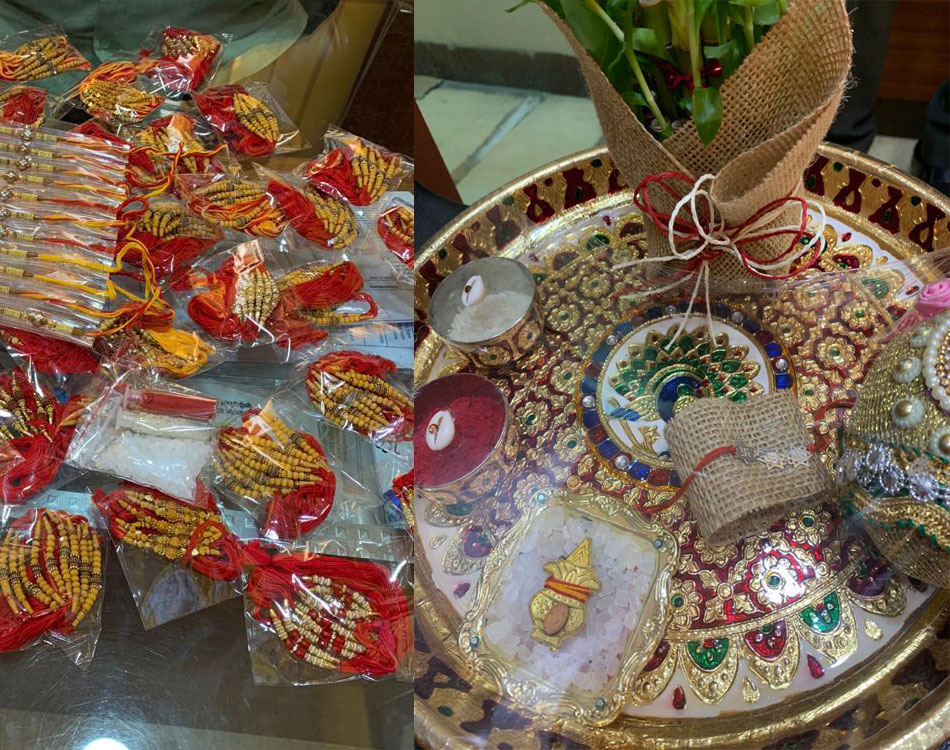 The sisters in India have decided to use Indian Rakhi this year thereby causing a business loss to China by 4 thousand crore of Rupees. As per an estimate, every year on Rakhi, there is a trade of about 6 thousand crores of Rupees out of which about 4 thousand crore of Rakhi goods were procured from China through import. On the occasion of Rakhi, not only is finished Rakhi imported from China but also Rakhi making products like foam, paper foil, Rakhi thread, pearls, drops, decorative items for Rakhi are also imported.

CAIT National President Mr. B.C.Bhartia & Secretary General Mr. Praveen Khandelwal General Secretary Mr. Praveen Khandelwal said that in a unique initiative, the CAIT leaders and women entrepreneurs in each are deeply involved in making Rakhi with indiginious material from Household women, Angadwadi workers, and women living in slum colonies in different States.Along with a packet of 10 Rakhi,auspicious Roli and Rice and small quantity of Mishri is being kept in a bunch of 10 Rakhi. Beside this a beautiful Rakhi Thall has also been prepared and is being given to Traders and their employees for their own use  through trade Associations. Beside this, the traditional manufacturers of Rakhi are also involved in making Rakhi without using any chinese material.

Mr. Bhartia & Mr. Khandelwal said that by involving women of poor strata in making Rakhi, the CAIT is providing them employment on the one hand whereas also giving them all opportunities for displaying their art in making Rakhi and thus supporting the call of Prime Minister Shri Narendra Modi for " vocal on local" and " Atamnirbhar Bharat"