Sea-plane Service between Kevadia and Sabarmati Riverfront inaugurated by PM 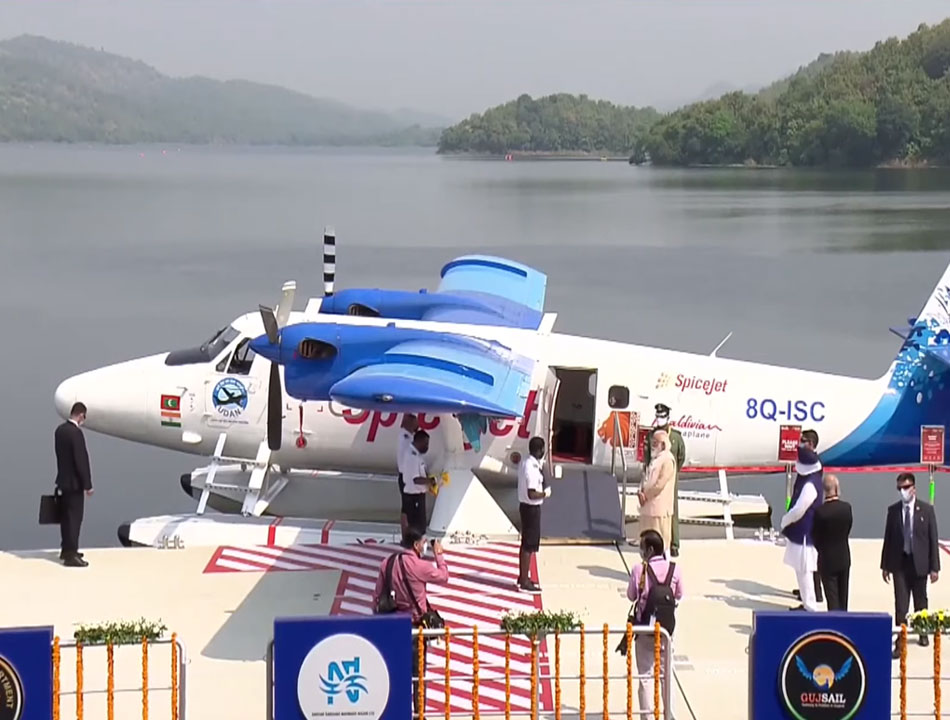 The Prime Minister inaugurated Water Aerodrome at Kevadia and the Sea-plane Service connecting Statue of Unity in Kevadia with Sabarmati Riverfront in Ahmedabad.

Seaplanes have the ability to land and take-off from water thus offering access to areas that do not have landing strips or runways. Thus it can help in connecting the geographies/regions that have challenges owing to its topography and bring the remotest parts of India into the mainstream aviation network without the high cost of building airports and runways. These smaller fixed wing airplanes can land on water bodies like lakes, backwaters and dams, gravel and grass, thus offering easy access to numerous tourist spots as well.

This Sea-pane service will be operated by Spice Jet where company will operate two daily flight on the Ahmedabad-Kevadia route. This service is effective from 31st October 2020 and cost Rs. 1,500 per ticket under UDAN scheme.

SpiceJet is using a 15-seater Twin Otter 300 aircraft which can take off from water. This aircraft is well known safe and versatile, which provides excellent visibility to the passengers.