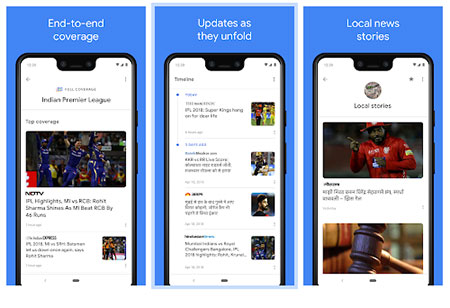 According to the official Blog Post over 60% of people browse more than one language while surfing the Internet. So, to meet the users demand Google decided to release its Google news app with the multiple language support. With this update google is hoping to make it easier for user to use one app to get news in multiple languages. This will also help Google to grow their business.

Users can select the language of their interest in Google News app by going to the “Languages and regions of interest” section and then select appropriate language/region. This will instruct the app to show news for selected region and languages.

Google released this feature for Google News app on Android and iOS devices. This update is available for the users of over 141 countries and app supports 41 languages.