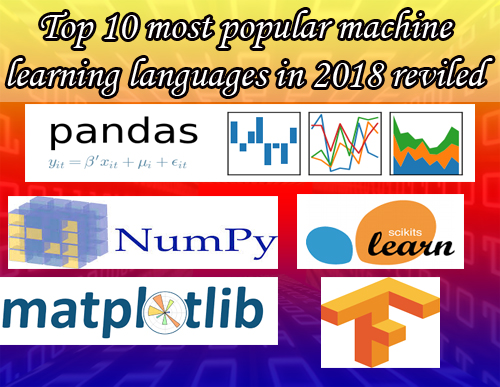 Due to high demand of development of data analysis and machine learning software there is big demand of skilled data scientists. According to a research every data scientists are getting at least one calls for job in a week.

In America data scientist job are very lucrative career as most of the skilled data scientists are getting decent salary as compared to other IT fields. Companies are paying top salary to data scientists in the IT industry. Data Scientists job are number 1 job on the Glass doors Best Job in America keyword for the last 1 year.

According to the Figure Eight report job satisfaction among data scientists are 89%, which grown from 67% in last 3 years (from 2015). These figure shows that the job prospects in the data science and machine learning field is very bright.

Moreover demands of skilled data scientists are very high in American and world IT market. That’s why developers around the world is learning this demanding technology.

Data Science and Deep Learning technologies are relatively new technology which is getting momentum due to wide acceptance by industries. Industries are moving their data on Big Data platform for further analysis. There are many tools and frameworks for machine learning, but these are still no wide consensuses on the use of technologies to use. Developers are learning and trying various languages to match their business requirement.

Here are the lists of top 10 machine learning programming languages used by data scientist around the world:

These tools and programming languages are evolving fast and new versions of the software are getting released frequently with improvements. New versions of each library come with new features, bug fixes and performance improvements.

From the above list of top 10 most used machine learning programming languages shown that the developers are interested in the open source languages and tools. Most of the above tools are open source.