Promotion of Digital/Cashless Transactions by Government 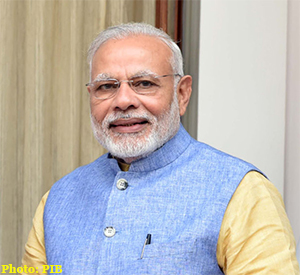 The data on payment system indicators such as Paper Clearing, National Electronic Fund Transfer (NEFT) and National Automated Clearing House (NACH), registered growth in December, 2016 as compared to November 2016. However, the same showed a decline in January 2017 as compared to December 2016.

In order to attract general public and facilitate significant behavioural change among public towards digital transactions NITI Aayog had launched two major schemes - Lucky Grahak Yojana for consumers and Digi-Dhan Vyapar Yojana for merchants. 12,72,290 consumers and 70,000 merchants have won prizes for digital payments made through AEPS, USSD, UPI and RuPay cards as on 22nd March 2017.

To incentivize the States/UTs for promotion of digital transactions, it was decided that Central assistance of Rs. 50 crore would be provided to the districts for undertaking Information, Education and Communication (IEC) activities to bring 5 crore Jan Dhan accounts to digital platform. The fund allocation is based on proportion of Jan Dhan accounts of all States/UTs. Under the scheme an incentive @ Rs. 10/- is provided for every individual who has transited to digital payment mode and undertaken at least two successful transactions by any of the five digital payments modes viz: UPI, Rupay / Debit / Credit / Prepaid Cards, AEPS, USSD and E-Wallets. NITI Aayog has so far released an amount of Rs 15.06 crore to 533 Districts as first installment.

In addition to above following measures were also taken to promote less cash payment :

With a view promote less- cash payments, the Reserve Bank of India has been releasing its Vision for Payment and Settlement Systems in India on its website since May 2005. The latest Vision document titled “Payment and Settlement Systems in India: Vision-2018” has been released on its website on June 23, 2016. The Vision-2018 aims at building best of class payment and settlement systems for a ‘less-cash’ India. The broad contours of Vision-2018 revolve around 5 Cs – coverage, convenience, confidence, convergence and cost. To achieve these, Vision-2018 will focus on four strategic initiatives such as responsive regulation, robust infrastructure, effective supervision and customer centricity.

This was stated by Shri Arjun Ram Meghwal, Minister of State in the Ministry of Finance in written reply to a question in Lok Sabha today.