Censor Board Asks For Disclaimer In Sarkar 3 Trailer 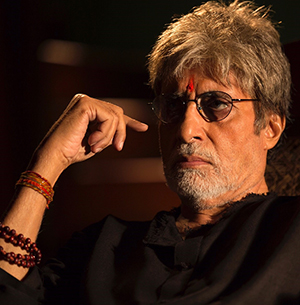 Usually disclaimers are reserved for films. Promos and trailers are spared this safeguarding exercise. However, in what could be a first, or at least rare, the CBFC has asked the makers of the much awaited Sarkar 3 trailer directed by Ram Gopal Varma and starring Amitabh Bachchan to add a special disclaimer to the trailer that is going to be unveiled soon!

The reason behind this rarity is that the Board has felt that the scenes and dialogues of the trailer bear an uncanny resemblance to the Thackeray family and a disclaimer is an absolute must.

If you recall, this has been a constant with the Sarkar franchise. Even when the earlier two parts came, there was a comparison between the character played by Amitabh Bachchan and the late Thackeray patriarch.

Parallels were drawn between some of the other leads and members of the Thackeray family too. However this was never acknowledged or confirmed.