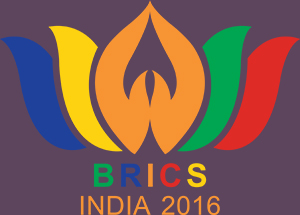 BRICS nations' business leaders on Thursday agreed that utilising individual country strengths and specialisations would be key to deepening economic integration of this group of emerging economies.

He said Brazil is the largest food producer of the group, Russia is a leader in energy, China is the world's manufacturing hub, India an IT powerhouse, and South Africa is rich in mineral resources.

India is the BRICS Chair for the 2016, and the summit of the leaders is slated for October 15-16 in Goa.

The ongoing BRICS Business Forum, being organised by BRICS Business Council, and leading Indian industry bodies FICCI, Assocham and CII, will see the participation of over 1,000 business delegates from all BRICS countries.

The forum agenda includes deliberating on major issues like market access for goods and services and ways to boost trade. It will also take up the functioning of the BRICS New Development Bank, setting up of a credit ratings agency for BRICS nations, and the possibility of greater trade in local currencies.

At the forum, Chairman BRICS Business Council Russia Chapter Sergey Katyrin underlined the need to resolve issues related to trade barriers to allow free trade and realise the economic potential of the group.

Noting that Russia carries out 20 per cent of its trade with India and vice versa, Katyrin said bilateral collaboration has been worked out in oil and gas sector but there is scope for cooperation in other areas as well such as agriculture and pharmaceuticals.

Over 600 exhibitors are showcasing their products and expertise at the BRICS Trade Fair, FICCI said in a statement.

The first BRICS Trade Fair, being held at the Pragati Maidan exhibition ground here, is showcasing about 20 key sectors. These include aerospace, agro-processing, auto and auto components, chemicals, green energy and renewables, healthcare and pharmaceuticals, railways, textiles and apparel, infrastructure, IT, engineering goods, tourism, gems and jewellery and skill development.

Later on Thursday, the fair is set to host trade ministers of the five countries who will deliberate on trade and investment issues.

"This encouraging trend needs to be strengthened as trade amongst BRICS nations is less than five per cent of their total global trade," the Indian Commerce Ministry said in a statement here.

According to ministry officials here, an important framework to enhance intra-BRICS economic cooperation will be agreed upon at the leaders summit in Goa.