Tina Ahuja to work with Dharmendra in Bollywood Film 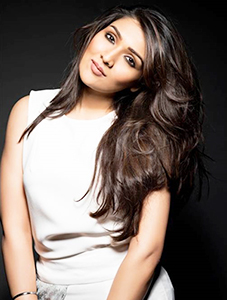 Mumbai, June 16, 2015: Veteran actor Govinda's daughter, Tina Ahuja is all set to make her debut in the Hindi film industry. The upcoming Bollywood movie, 'Second Hand Husband' will see the talented young lady share screen space with legendary actor Dharmendra and Gippy Grewal. She will be seen playing the role of a lawyer in the film.

Talking about the experience of working on her debut Bollywood film with Dharmendra, Tina says, “When I heard that I was going to be acting with Dharmendra ji in my very first film, I was thrilled. It is not very often that actors get an opportunity to work with a legend. It was an extremely enriching experience that I will always cherish. I spent a lot of time observing him on set and he helped me with some valuable tips as well. I have learnt a lot through Second Hand Husband.”

'Second Hand Husband' is an upcoming Hindi film directed by Smeep Kang and produced by GB Entertainment. The star cast of the film is Gippy Grewal, Tina Ahuja, Dharmendra and Geeta Basra. It is releasing worldwide on 3rd July, 2015.