National Conference on Economic Issues to organize in Capital 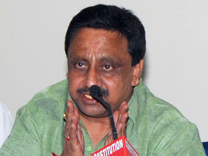 About 200 prominent trade leaders across the Country will roll their heads on forthcoming 24th 25th June, 2014 at New Delhi at a two days national conference on economic issues. The Conference is being organised by the Confederation of All India Traders (CAIT), apex body of the trading community and will be chaired by CAIT National President Mr. B.C. Bhartia. At a time when new Government is gearing itself for preparation of Union Budget and making all efforts to rejuvenate the Indian economy, the national conference held by CAIT assumes much significance since it is slated to take few major decisions concerning economy and internal trade of the Country and will decide its future strategy to raise various economic issues concerning trade and commerce of India.

CAIT National Secretary General Mr. Praveen Khandelwal today informed that the two days national conference which will be attended by trade leaders from all States of the Country will deliberation several key economic issues including FDI in multi brand retail, FDI in retail e commerce, Wholesale Cash Carry format in retail trade being run by multinational companies, implementation of an early Goods & Services Tax (GST) regime, need of an alternate financial mechanism for small traders, Direct Tax Code, implications of various Free Trade Agreements (FTA) on domestic trade & commerce, formulation of a National Trade Policy for retail trade and a separate Ministry of Internal Trade, amendments in Companies Act, simplification and rationalization of tax structure and ill-effects of Commodity Exchanges in Country which is major source of high price rise in India.

Mr. Khandelwal further informed that beside such issues, trade leaders from all over the Country will also discus review of Food Safety & Standards Act,2006 and its rules & regulations, role of trading community in urban development particularly in 100 smart cities declaration of the new Government, security of traders and commercial markets across the Country, review of Agriculture Produce Marketing Committee (APMC) Act and review of laws, rules & regulations governing trade & commerce in India.

The 25th June is birthday of legendary trader and great soldier Bhamashah and to commemorate the sacrifices of Bhamashah the CAIT observes 25th June as Traders day all over the Country and in accordance with the same a Bhamashah Award function will be held at New Delhi on 25th June in which several distinguished citizens from different fields will be conferred with Bhamashah Award.