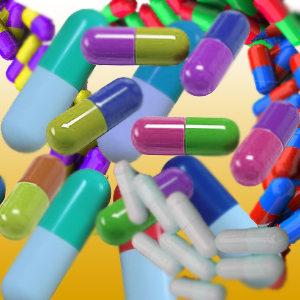 Antibiotic drugs account for a great majority of prescribed drugs and they are administered to control and fuse the harmful bacteria inside our body. For infectious diseases that mainly occur due to bacterial infection, antibiotics are the most prescribed medical solution till date. But for some years a great array of antibiotics are failing to be effective as the increasing resistance to antibiotic is being commonplace. Why this happen, what exactly is antibiotic resistance and how it is capable to pose a major public health threat we would explain in detail here.

What is antibiotic resistance?

Bacteria are microorganisms that inhabit any living body in nature. Most of the microorganisms inhabit human body are actually healthy ones and only a miniscule percentage of these microorganisms or bacteria are proven to be dangerous and for them antibiotics are administered. Antibiotic drugs or as commonly called antibiotics kill the bacterial agents or slow down their growth in the body and thus helps us to fight harmful bacterial infection and corresponding diseases. These bacteria in trying to adapt to the changing condition goes through changes and then it becomes challenging for the antibiotic to affect their proliferation or spread and this is what we experience as antibiotic resistance. For different kind of bacteria there would be different antibiotics and the targeted bacteria is supposed to respond to the antibiotic administered in the process of medication. But when this does not happen and the bacteria responsible for the infection do not respond to the antibiotic, it is called antibiotic resistance. Let us look into the matter more deeply. Typically the bacteria do not respond to the medication of antibiotic when it changes itself. The change in the bacteria make the antibiotic incapable and futile and that is precisely the reason antibiotic resistance becomes a threat. In the recent times various antibiotics have been observed ineffective to treat their targeted bacterial infection and this became a major public health threat.

A new report published by World Health Organization clearly identified the gravity of public health threat due to the increasing rate of antibiotic resistance throughout the world. As per the report the emerging situation can affect a great majority of population irrespective of region or age. Throughout the world antibiotics remained to be the most commonly prescribed drugs to curb and treat infectious diseases and as such resistance is increasingly becoming common in people the treatment of infectious diseases is felt to be in danger and facing imminent challenge. A world which is long dependant on antibiotic drugs to treat all sorts of infectious diseases - starting from seasonal cough and cold to serious life threatening infections - the condition is akin to losing their only chance of rescue from all these health disorders. While for common infections and bacterial diseases in everyday life the threat can be dealt by boosting the immune system and preventive measures, for serious and life threatening infections it can result in breakdown of public health apparatus.

What the WHO report says?

As per the report of World Health Organization or WHO on antibiotic resistance, here we are featuring some recent findings. These findings have been derived from medical reports and case histories in recent times and they can provide significant insight on the expanse and gravity of this public health threat.

How to fight antibiotic resistance?

Though in majority of countries antibiotic resistance still remained as a obscure threat thanks to their poor public health system and medical infrastructure and research apparatus, in top tier medically advanced nations also the problem has only been taken as an emerging threat and except monitoring and medical research no significant steps are still missing. Altogether it is a new challenge for the modern medical science and how the gigantic medical research apparatus and R&D activities respond to the problem that is to be seen.