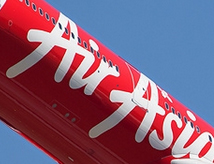 The Prime Minister twitted on twitrer to express his grief over the tragedy. Post says "Our thoughts are with the families of those on flight QZ8501. We offer our condolences and stand firmly with them in this hour of grief,".

The Indonesia AirAsia plane (QZ8501), with 162 people on board, disappeared soon after it did not get the permission to fly higher to avoid weather.

The Flight QZ8501 (Airbus A320-200) was carrying 155 passengers; 149 Indonesians, three South Koreans, one British, one Malaysian, one Singaporean, and seven crew members - six Indonesians and a French co-pilot.

The reason of the flight crash is unclear.