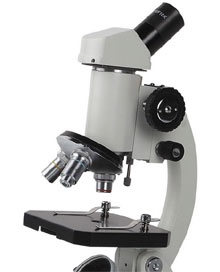 Scientists have discovered a new flu-fighting enzyme, dubbed cIAP2, which can protect the lungs from infection by giving them the ability to reduce flu-inflicted tissue injury.

Dr. Maya Saleh of the Department of Medicine of the McGill University Health Centre said that the new discovery offers exciting new avenues for controlling influenza, since until now attempts to target the virus itself have proven challenging, especially in the face of emerging new strains of the virus.

Saleh asserted that the results from the study now suggest that one effective way of countering influenza infections may instead be offered by enhancing the body's resistance to the virus.

Like many other battles, fighting the flu is a combination of both control and defence.
On the one hand, on the control end of the process, our immune system comes into play to prevent the virus from replicating inside our cells, and attacking with increasing strength.

At the same time, on the defensive side, our bodies need to actively resist the destruction and harmful cell death that is caused by the virus.
By investigating the role played by cIAP2 in mice with the H1N1 influenza A virus, what Saleh and her team discovered was that the enzyme is necessary to control the nature of cell death during influenza infection.

They found that cIAP2, which functions by modifying and activating survival factors in the cell, steers the body away from an inflammatory and auto-destructive process known as necrotic death. The enzyme is, in effect, a gatekeeper of cell death.

In its absence, the same factors that depend on cIAP2 to keep the cell alive, reveal a destructive side and induce a harmful form of cell death.
cIAP2, therefore, not only protects the infected cells from dying in such a manner, but also protects uninfected neighboring cells in the same tissue.
By doing so, this enzyme increases the resistance of the lung to influenza infection and associated pathology.
The study is published in the journal Cell Host and Microbe. (ANI)