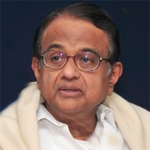 Finance Minister P Chidambaram was positive on pushing ahead Finance Ministry's proposal of enhancing the Foreign Direct Investment (FDI) cap on the insurance and pension sectors, which is still pending in Rajya Sabha for getting approval since 2008.

Addressing a seminar at the 46th ADB conference here on Saturday FM said the government is confident about pushing ahead with its proposal to raise the Foreign Direct Investment (FDI) cap on the insurance and pension sectors.

" The FDI regime in areas like multi/single brand retail, airlines etc. have been further liberalised, and, I am confident there will be forward movement in areas like insurance and pensions," Chidambaram said.

If this amendment is passed in Rajya Sabha, the upper ceiling in the insurance sector will raise from 26 percent to 49 percent.

Chidambaram also said that an independent regulatory authority would be announced shortly for the road and coal sectors and as also for tariff setting in the Railways.

Chidambaram assured delegates that India's economic growth rate would accelerate to over eight percent in the next three years, from about five percent during 2012-13.

Parliament has not been able to function properly with the opposition raising the coal and other scams and disrupting the sittings.

On economic growth, Chidambaram said, "Between 2004 and 2008, we grew at an average of 8.5 percent. We have slipped in the last couple of years. Why should not we climb back to eight percent? I am giving myself three years to get back to that."

Chidambaram further said the government would be addressing issues related to the shortage of coal.

"Alleviation of coal shortages affecting power generation is being addressed by importing coal and assuring supply of definite quantities of domestic coal," he added.