Asian region is expected to play a crucial for the global recovery process: PM 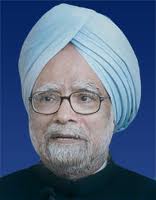 Prime Minister Manmohan Singh has said that there is a need for the Asian economies to step up efforts to address common challenges by investing resources to help empower all sections of societies in the region. PM was addressing on the inaugural session of ADB’s AGM.

During his speech on the occasion, PM said, "We have expanded the resources of the IMF enormously in response to the crisis in Europe. We now need to substantially expand the resource base of multilateral development banks so that they have the firepower to help developing countries reach their growth potential."

Terming the 21st century as the Asian century, Prime Minister said that this should be seen as a process of resurgence of the Asian region. After centuries of stagnation and deprivation, Asia is regaining its primacy in the global economy.

He further added, "In 2013 the IMF expects advanced economies to grow at only 1.2percent while developing Asia to grow more than five times faster at 7.1percent. If the current momentum continues, Asia's share in the world economy would double by 2050 and would account for over half of global GDP. At this juncture, ADB should take the initiative to find innovative ways to channelise global savings into infrastructure projects."

The ADB is uniquely positioned to facilitate this change and work with governments to make the world order inclusive, fair and stable. The Asian region is expected to play a crucial role in driving and stabilizing the global recovery process," the Prime Minister said.

On the occasion, ADB president Takehiko Nakao said, "It will be critical to continue examining how we can secure the resource base needed to pursue the bank's objectives well."