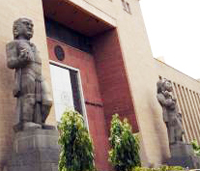 RBI has interest rates on loan for the third consecutively times since January in its effort to boost growth.

The Reverse Repo rate - the rate of Interest at which master bank borrows money from commercial banks - has automatically trimmed to 6.25%, as part of process of the system.

However, the master bank has remained Cash Reserve Ratio (CRR) unchanged to 4 percent.

The Cash Reserve Ratio is the slice of cash banks have to park with the master bank to conducting operation.

This rate cut is likely to help banks to reduce rate of interest on long term loans like Home Loan, Auto loan which will further help consumers and it will boost growth.

However, experts believe that this rate deduction is not enough for boosting growth as it is at present in the grip of strong inflation which was recorded at 6.7%.