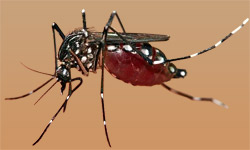 Despite the facts, with the entry of winter season, Dengue vanished, it is surprising the case of dengue in Delhi on rise. Now the number of dengue cases in the capital has reached 5,387 and certainly it is not a safe condition with the prevailing conditions for the diseases.

According to sources, the latest number of cases of dengue in capital has reached to the 5,387. The situation is surprising as it is December and cold has been gripped the capital and the aedes aegypti mosquito should be finished with the coming of winter.

It is noted that an additional 68 cases have been reported from the NationalCapital Region, including parts of Uttar Pradesh and Haryana, said a municipal health officer.

There have been six deaths in the city due to the vector-borne disease.

Needless to say, Dengue has created much hue and cry this year for the national capital and it had put MCD and Delhi government face to face for labeling charges each other for the growing cases of dengue in Delhi.