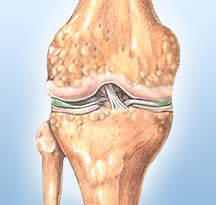 Rheumatoid Arthritis is mainly a result of the some irregularities or disorders that related to joint inflammation and it appears in terms of pain and stiffness and also with swelling of joints of the body. However the severity can vary from its degrees and it might be mild or may be some severe so it is essential to know about the Rheumatoid arthritis symptoms for the precaution.

These pains are a general symptom for the people suffering from arthritis, which affects badly in constant way to localize body. The pains in terms of stiffness create trouble in the normal life of patients including walking, running and also their daily routine work. Here are some symptoms, which should be taken as seriously as any kind of delay in the cure of the disease can make life a burden for the sufferer.

Flare-up: The symptom of rheumatoid arthritis is not a constant in many case and generally it varies from person to person. There may be a chance that it appears occasionally with your joints and experience flare-ups when the condition deteriorates and symptoms can be intense and severe. However person can feel flare-ups at any time but it become more painful during the hour of first time wake up.

Pain: Pain is the common important symptoms which is related to stiffness of the affected joint area. Usually pain is throbbing like and also aching sort to the area. Generally pain is experienced during the morning hour or when someone is in the phase of rest. However the pain never witnesses during any activity hour or in this period.

Stiffness: Stiffness is another symptoms which increases the troubles of the rheumatoid arthritis. The joints affected by the disease experiences very stiff pain and stiffness is related to a kind of arthritis.