Continuous dissatisfaction in job can cause back pain 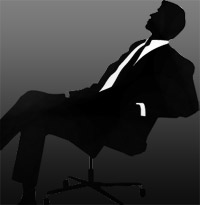 If you are not satisfied with your job, you are more likely to suffer from back pain, according to the researchers.

The researchers has considered this phenomenon to be unique as in none of other cases it has been seen that a person's feelings results to physical pain.

The researchers revealed that the sufferers may be able to 'think themselves better', as those who are happy with their jobs with a positive attitude to work are less likely to face lower back problems.

In the entire study, only 33 per cent of the people with inconsequential non-specific backache developed permanent pain that abruptly affected their career as well as social lives.

Though some workers required extended sick leave but only a few of them developed a physical change such as a slipped disc.

The study also involved anatomical tests of the other patients that showed no physical reasons responsible for ongoing daily problems with pain.

"Attitude and positivity in the workplace has a huge impact on lower back pain," the Daily Mail quoted study leader Professor Markus Melloh as saying.

"Positive thinking would make people better. If they get occasional back pain and say, 'that's life' there is more chance it will go away by itself.

"If an employee has the option to alter their workplace or job design, the condition may correct itself due to the person regaining positivity. Having somebody to listen and show emotional support at work is a strong protective factor," he stated.

However, there are no similar processes occurring in the human body in which feelings lead to physical pain.

Moreover, the reason behind the varying attitudes of people towards work and life in general may be related to the way they were carried out.

During the study, a total number of 315 patients who went to their GP with their initial phase of non-specific back pain were interviewed. In addition to that, they were also followed up at three, six and 12 weeks. This assessment included various questions about their attitude.

During the last phase of the study, 169 people were left participating in the study and about a third of them - 64 patients - were classified as having a permanent condition.

Some of them were reported with worse pain after six months, which could be as a result of getting into a negativity spiral.

"Once people stay at home on sick leave, it gets harder to go back to work and the pain gets worse," Dr Melloh said.

"It's a vicious circle that needs to be broken. The research shows that if patients feel helpless and are convinced that any movement will land them in a wheelchair, they are making their condition worse," he stated.

The research also suggested that there were very limited ways to provide medical proof about the existence of back pain.

"Back pain is just people telling you they have pain in the back. I do not want to encourage people to quit their jobs, but to see if they can make any alterations to their current role” added Dr Melloh.

"If people learn to cope with things and not to ruminate over things, they may be more positive towards life and their work," he added.