Stroke risk can be reduced with low-fat dairy foods 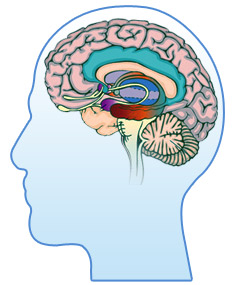 The risk of a stroke is relatively lower in people who drink low-fat milk and eat low-fat curd and cheese in comparison to those who consume full-fat dairy foods, says a new study.

The people on whom study was conducted were free of heart disease, stroke and cancer when the study commenced. All participants completed a 96-item food and beverage questionnaire to reveal their dietary habits.

"This is the largest study to date to examine the association between consumption of total, low-fat, full-fat and specific dairy foods and the risk of stroke in adult men and women," Susanna Larsson, associate professor of epidemiology at the National Institute of Environmental Medicine, Karolinska Institute, Sweden, who led the study has been quoted as saying.

"From a public health perspective, if people consume more low-fat dairy foods rather than high-fat dairy foods, they will benefit from a reduced risk of stroke and other positive health outcomes," Larsson said.

"It is possible that vitamin D in low-fat dairy foods may explain, in part, the observed lowered risk of stroke in this study because of its potential effect on blood pressure," Larsson added.