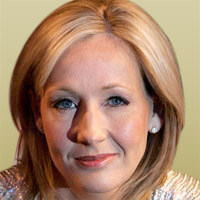 J.K. Rowling, the famous author of "Harry Potter" series of books is someone who keeps her promises. She had promised her followers an encyclopedia on her popular book series, and has now said that it is already in the pipeline.

"For a long time, I have been promising an encyclopedia of Harry's world, and I have started work on it. It is likely to be a time-consuming job, but when finished I shall donate all royalties to charity," the author wrote on her website, reports contactmusic.com.

The author is not contemplating write another "Harry Potter" book.

"I have no immediate plans to write another Harry Potter novel, and I do think that I have rounded off Harry's story in the seven published books," said Rowling whose books were highly successful and loved by writers.

The story of the novel set in a small parish town named Pagford, a quintessential English dwelling with a cobbled market square and an ancient abbey.