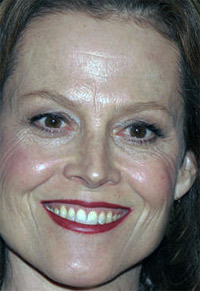 Actress Sigourney Weaver, who has done critically acclaimed role of Ellen Ripley in the four 'Alien' films, has been adjudged the best horror film actress of all time in poll conducted among British movie fans.

The American BAFTA winner, who is in 62nd year of her life got 29 percent of the votes for her roles, including Ripley, in the successful movie series, reports the Daily Express.

Jamie Lee Curtis, known for the slasher film 'Halloween', has to remain content with 16 percent of the votes.

Sarah Michelle Gellar who starred in 'Buffy The Vampire Slayer' got 10 percent in the poll to mark the DVD release of her thriller 'Possession'.