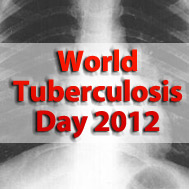 In 1982, on the occasion of one-hundredth anniversary of Robert Koch who discovered the bacteria causing TB for the first time, the International Union Against Tuberculosis and Lung Disease (IUATLD) proposed March 24 to be observed as World TB Day officially. Later, 1996, the World Health Organization (WHO) joined hands with the IUATLD to raise the impact of World TB day which was further joined by many other organization. Today the "Stop TB Partnership", a network of organizations and countries fighting TB organizes the Day to increase the awareness about the causes, prevention and treatment of the disease to the common people across the world.