Justin Bieber dedicates a song to his mother as birthday gift 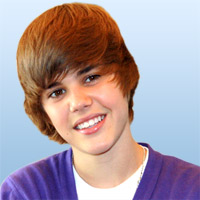 Singer Justin Bieber has paid a musical tribute to his mother, Pattie Mallette as he has written a song for her as an early birthday gift.

"Had the BEST mother-son date ever w @justinbieber. Dinner and a movie and gave me and early bday present - he wrote me a song!#MomentsToCherish. (sic)" Contactmusic has reported her tweeting.

The singer is very close to his mother, Bieber also has another lady in his life, Selena Gome with whom he declined keeping his relationship under carpet.

The couple started seeing each other in 2010 and is often photographed holding hands or enjoying quality time together.

"At that point, it's not even a relationship. You're just hiding from everyone. That's unfair and unhealthy." the 'Baby' hitmaker has been quoted as saying.