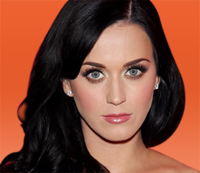 IPL 5 could get a dazzling start as singer and Hollywood actress Katy Perry is all set to perform at the opening ceremony of fifth season of Indian Premier League ( IPL) in Chennai on April 3. It is an important occasion in the history of IPL as a leading international actress is going to perform in Chennai. This fusion of cricket and glamor has already driven youngsters crazy.

While talking about her arrival, IPL Chairman Rajeev Shukla said that they are looking forward to Ms Perry's participation at the Opening Nite. A performer of her stature is able to make this occasion even more special for everyone players, organizers and fans.

Venkat Vardhan, who is coordinating the opening night ceremony, said that the actress and singer has huge following among young Indians who love the T20 Cricket format also.

In additions to Katy a large number of Bollywood stars will also perform at the opening ceremony prominent among them is Amitabh Bachchan, Salman Khan, Priyanka Chopra and Prabhu Deva

So the opening ceremony of IPL 5 is all set to be an overwhelming experience.