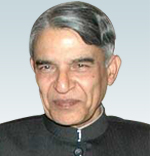 The general budget for financial year (FY) 2012-13 will be presented by Finance Minister Pranab Mukherjee on March 16 after beginning the budget session, scheduled to begin March 12, 2012 with the speech of President Pratibha Devi Singh Patil who will address the joint sitting of members of both the Houses of Parliament.

Railway Minister Dinesh Trivedi will present the Rail Budget 2012-13 on March 14, 2012 while the Economic Survey will be tabled on March 15, informed Parliamentary Affair Minister Pawan Kumar Bansal to media after concluding the meeting of the cabinet committee on parliamentary affairs (CCPA) headed by Mukherjee on Tuesday.

This decision came after the approval of CCPA members today, Bansal said.

Finance minister Pranab Mukherjee will unveil the Union Budget for 2012-13 on March 16 in the Lok Sabha. The Budget Session will begin on March 12 with President Pratibha Patil addressing the joint sitting of members of both the Houses of Parliament.

While the rail budget will be presented on March 14, the Economic Survey will be tabled on March 15.

The second part of the budget session will be held from April 24 to May 22, Bansal added.

The budget session, which in general starts in the third week of February, has been delayed this time due to the ongoing Assembly elections in five states, including Uttar Pradesh. The model code of conduct is in force till March 9 when the election process would be completed.