Everything you need to know about Tulsi Tanti: news, reviews, in-depth analysis, opinion and more

Tulsi Tanti, the only personality in India whose industry is based on alternative energy-Wind power. Tanti has been from Gujarat but his industrial units and headquarters are based in Pune. Tanti has a distinctive personality who by virtue of his inner will and inquisitive power could bring a larger business in the alternative energy power and has been placed in the 10th most top Indian industrialist with the net property account for US$ 10 billion making him the 10th richest Indian. Tulsi Tanti was in the Textile industry in the initial period of his industrial life. But being unable to escape from the impediments, which led to loss, and great financial demand, Tulsi gradually made quit from the textile industry and made investments in wind power by setting turbines that gave him a satisfied profit in suzlon energy. Tusi?s Suzlon Energy is the fifth largest wind turbine maker in the world and the biggest in Asia. In addition Tulsi is also concentrating on the expansion of his industry worldwide by having intention to venture in other sectors and a great expansion drive of his industrial phenomena. He is investing in FDI?s in foreign countries in order to elucidate the widening of his business.

Be choosy with the soundtrack of 'Dangerous Ishhq' (IANS Music Review) 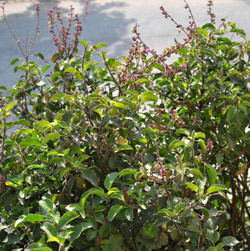 The Herb of Tulsi to Treat Cancer and Radioactive Effects

The medicinal qualities of the herb of Tulsi to treat cancer and radioactive effects have recently surfaced on the scientific discussion regarding cancer. Tulsi or basil as a Indian herb is well known for its healing properties for a number of diseases and natural therapies like cough and cold, influenza, physical impotence and weakness, purification of blood, etc.

New Delhi, April 3 (IANS) The Supreme Court Tuesday called for the original files of 18 mercy petitions, including that of the 2001 parliament attack mastermind Afzal Guru, pending before the president for conversion of the death penalty to a life term.

Shimla, March 28 (IANS) Heated exchanges were witnessed between the ruling Bharatiya Janata Party (BJP) and the opposition Congress in Himachal Pradesh assembly Wednesday over alleged lapses in distribution of subsidised pulses. The case is being probed by the state vigilance and anti-corruption bureau.

Margaret Court under fire for linking abuse and homosexuality

Melbourne, Jan 29 (ANI): Margaret Court has sparked fury among gay and equal rights activists for saying that homosexuality is often the result of sexual abuse.

Margaret Court under fire for linking abuse and homosexuality

Melbourne, Jan 29 (ANI): Margaret Court has sparked fury among gay and equal rights activists for saying that homosexuality is often the result of sexual abuse.