Everything you need to know about ASSOCIATION OF SOUTHEAST ASIAN NATIONS (ASEAN): news, reviews, in-depth analysis, opinion and more

Association of Southeast Asian Countries was formed on 8th August 1967 among the 10 cooperative Southeast Asian countries to propagate and establish regional peace, cultural development and economic cooperation between them. This cultural, economic and social organisation was headquartered at Jakarta, Indonesia. This international organisation keeps its meetings among the member states through summits where the heads of the member countries discuss the internal issues between them and prepare way to take it ahead; also various issues to strengthen nexus between other countries to propagate international peace. This international association has various sections that are governed by its secretary general appointed by the organisation to carry out its aims and objectives. The present secretary-General of ASEAN is Surit Pinsuwan who takes the liability to execute the projects of the association. 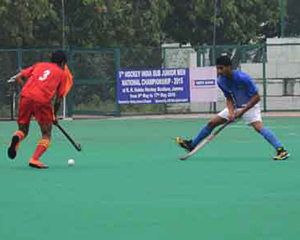 Jakarta, May 1 (Xinhua-ANI): A senior European Union (EU) official said here on Tuesday that EU will cut aid to Indonesia in the fields of education, good governance, climate change, and trade investment in 2014, a local media reported.

Manila, May 1, (Xinhua-ANI): Delegates have begun arriving at the Philippine International Convention Center to register for the Asian Development Bank's (ADB) 45th Annual Meeting of its Board of Governors, which begins Wednesday, a ADB statement said Tuesday.

Yangon, Apr 29 (Xinhua-ANI): Secretary-General of the United Nations Ban Ki-Moon arrived here Sunday on a three-day official visit to Myanmar in light of significant changes taking place in the country.

UNITED NATIONS, Apr 28 (Xinhua-ANI): The members of the UN Security Council said in a press statement released here Friday that they welcome the verdict issued against former Liberian leader Charles Taylor, which deemed that he is guilty of several violations of international law.

Brunei, Apr 28 (Xinhua-ANI): Europen Union (EU) foreign policy chief Catherine Ashton is travelling to Myanmar on Saturday and open an EU office in Yangon, a further move after the bloc suspended most sanctions on the country earlier this month. However, its members seems still divided on whether to fully and permanently lift the sanctions.

Canberra, April 27 (ANI): Australian Defence Minister Stephen Smith has said that it is impossible to contain India and China.

Manmohan Singh asks insurgent groups in Assam to give up violence, start talks

Guwahati, Apr 20 (ANI): Asserting that the new wave of development in Assam has been made possible by a period of social peace and political stability, Prime Minister Dr. Manmohan Singh on Friday said violence provides no answer and that diverse groups can fulfill their aspirations only through engagement in the democratic process.

New Delhi, April 12 (IANS) A day after a massive earthquake close to Indonesia triggered fears of another tsunami, India Thursday called for greater cooperation with nations of the Southeast Asian region to meet growing non-traditional security threats such as natural calamities, epidemic, piracy and transnational crimes.

New Delhi, April 10 (IANS) The Third India-Malaysia Strategic Dialogue will be held here this week to nurture the growing convergence of the two nations' regional and global interests.

China back to trade surplus

New Delhi, April 6 (IANS) The South China Sea is the property of the world and must be free for trade to prosper, External Affairs Minister S.M. Krishna said Friday after China warned India against exploring oil in the area.

Beijing, Apr 2 (ANI): China and the Association of Southeast Asian Nations (ASEAN) should work hard to boost practical cooperation and maintain peace and stability in the South China Sea, according to a joint statement due to be issued by China and Cambodia.

Kolkata, March 23 (IANS) Giving more thrust to trade with the Association of Southeast Asian Nations (ASEAN), India is expecting to clock $75-80 billion trade with the ten-nation bloc at the end of this fiscal, a senior government official said Friday.

Jakarta, Mar 7 (ANI): The Union Minister for Commerce, Industry and Textiles Anand Sharma has said India and Indonesia will reach target trade worth US 25 billion dollars by 2015 ahead of schedule.

Jakarta, Mar 7 (ANI): The Union Minister for Commerce, Industry and Textiles Anand Sharma has said India and Indonesia will reach target trade worth US 25 billion dollars by 2015 ahead of schedule.

Rangoon, Feb 22 (ANI): Burma is 'seriously considering' a proposal to allow observers from the Association of Southeast Asian Nations (ASEAN) to monitor its upcoming by-elections.

Rangoon, Feb 22 (ANI): Burma is 'seriously considering' a proposal to allow observers from the Association of Southeast Asian Nations (ASEAN) to monitor its upcoming by-elections.

New Delhi, Feb.13 (ANI): Delhi Dialogue is a track 1.5 event organized annually by the Ministry of External Affairs with select partners since 2009. he fourth edition, 'Delhi Dialogue-IV' will beheld on February 13 and 14.

New Delhi, Feb.13 (ANI): External Affairs Minister S.M. Krishna on Monday called on India and ASEAN to take their partnership in various sectors to the next level, while simultaneously facing and combating non-traditional and trans-national security challenges.

Forth edition of Indo-ASEAN meets today in Delhi

In a bid to strengthen mutual relationship between India and Association of South East Asian Nations (ASEAN), a two-day meeting of higher delegates is set to begin today in New Delhi.....

New Delhi, Feb 13 (ANI): The fourth edition of Delhi Dialogue organized annually by the Ministry of External Affairs with select partners since 2009 will take place on February 13 and 14 in New Delhi.

Myanmar hopes to usher in democracy

New Delhi, Jan 25 (ANI): Myanmar's Foreign Minister, Wunna Maung Lwin, on Wednesday said his country was moving ahead with democratic reforms and expected to see concrete and tangible steps from the western powers to ease its two-decade-long international isolation.