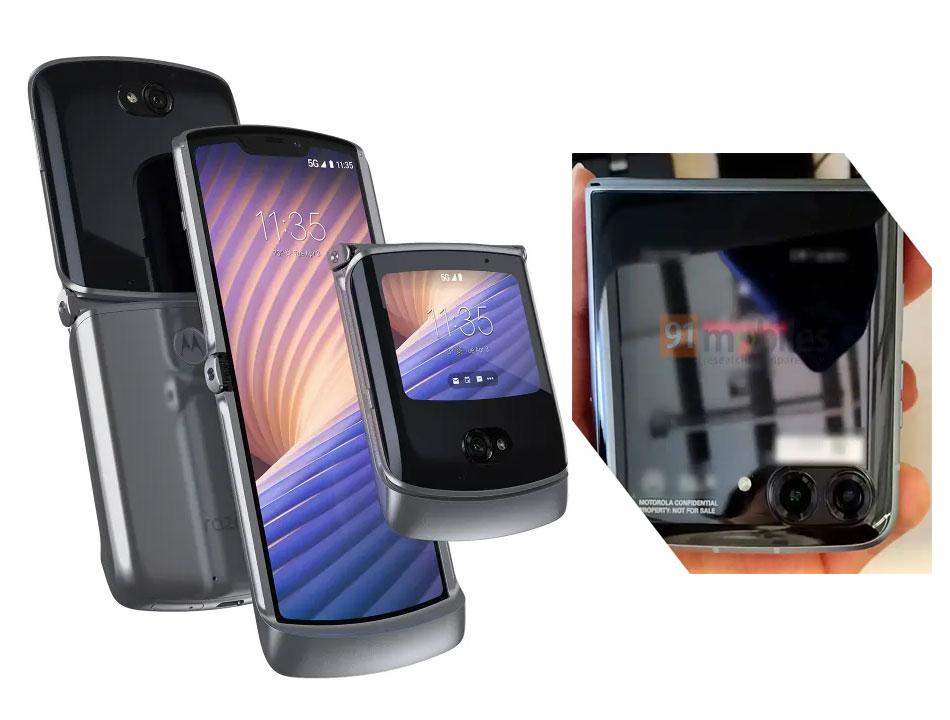 Motorola Razr 3 still seems to have larger panels. The current leaked picture shows a little bit about the smartphone.

On the camera side there is a big change, previous two generations of Razr phone came with one camera, while in the Razr 3 there are 2 cameras as part of rear camera-setup. The primary camera sensor is a 50MP shooter which is backed by a 13MP ultrawide camera. The front camera is a 32MP selfie camera which can be used both for photos and videos. The display of this phone is FHD+.

In the specs the “Maven” is described as a “top-of-the-line” offering from the Company. This device is using Qualcomm’s Snapdragon 8 Gen 1 chip, which is good for performance of the device. On the RAM side this phone is coming in 8GB/12GB and storage at 256GB/512GB models depending on the variant you are selecting.

According to the previous leaks and rumours “Motorola Razr 3” is expected to be launched in July or August. Before announcing this phone Motorola has released two other foldable smartphones. This is going to be the third foldable smartphone from Motorola.

Motorola launched Razr device in 2019, which gave a lot of ideas to the company about foldable smartphones.

Later in 2020 Motorola launched Razr 5G smartphone with a refinement on that original device. This time the Company shipped the device with the better hardware, but faced stiff competition from Samsung.