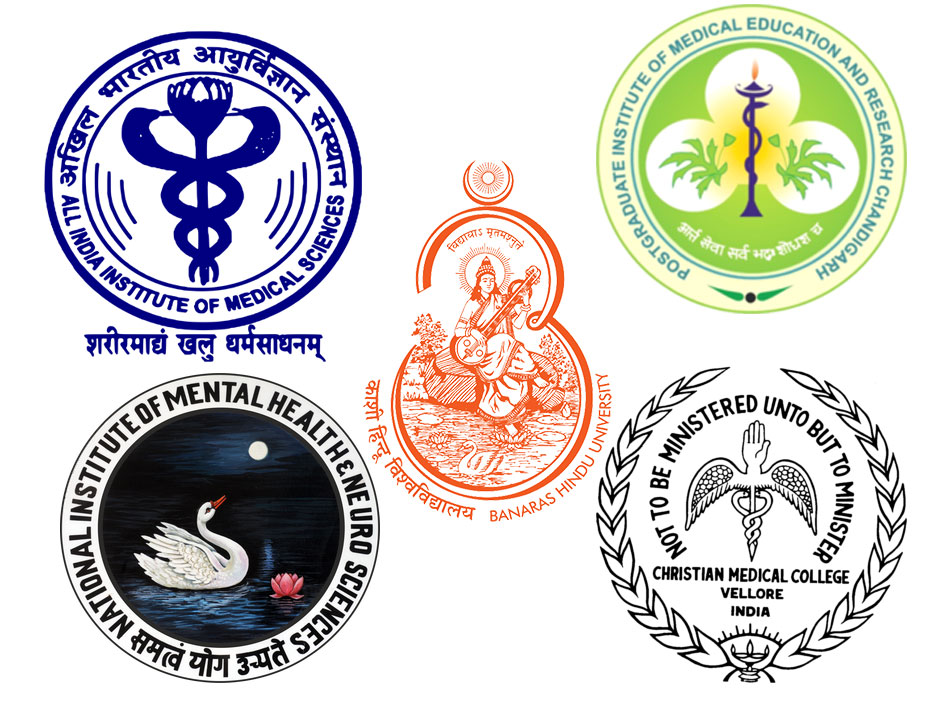 NIRF 2021 released by the Ministry of Education lists down the top Medical Colleges in India. The National Institutional Ranking Framework (NIRF) 2021 release is very important for the NEET 2022 Aspirants and every student must know about these colleges. Here we are listing all these colleges in the order of its ranking.

Here is the list of top 25 medical colleges in country as per the National Institutional Ranking Framework (NIRF) 2021 released by the Ministry of Education:

AIIMS is the topmost Medical Sciences Institute and Hospital in the country. The All India Institute of Medical Sciences (AIIMS) was established in 1956 by an Act of Parliament as an autonomous institution of national importance and defined its objectives and functions. Due to this act, the Institute awards its own medical degrees and other academic distinctions.

AIIMS is Government Medical college with 107 MBBS seats per year.

Postgraduate Institute of Medical Education and Research (PGIMER) is a postgraduate public medical university in Chandigarh, India. This institute is very important for India and categorized as an 'Institute of National Importance' (INI).

Its ranking is 2 in India as per the ranking by the National Institutional Ranking Framework.

There are 100 seats for the MBBS course.

NIMHANS is a world-renowned Institute for mental health, neurosciences and allied fields with the facility of diagnosis and treatment of mental diseases.

Sanjay Gandhi Postgraduate Institute of Medical Sciences(SGPGI) is a medical Institute under State Legislature Act, located in Lucknow, Uttar Pradesh. This Institute is 14 km (8.7 mi) south of Hazratganj on Raebareli road and owned by the UP-state government. The SGPGI  was established in 1983 and is named after Sanjay Gandhi.

Banaras Hindu University, Varanasi stands at position 6 in the ranking and offers MBBS courses. On the MBBS seats side, Institute is offering a total of 84 seats in MBBS and there are four separate seats for Foreign National (FN).

Amrita Vishwa Vidyapeetham, Coimbatore stands at position 7 in the ranking.

JIPMER is an Institute of National Importance and its ranking is 8 among the top Medical Institutes in India. This Institute is also a tertiary care referral hospital.

This year due to covid-19 protocols NTA has increased the testing centres all over the country. According to the admission brochure of NEET 2022, this year the examination will be conducted in 543 cities. This number is almost double the number of cities as compared to the number of cities last year.

The extra 20 minutes could help other students who find 3 hours time less for finishing the examination. Increasing the time will be helpful for many students and due to this the performance of students might increase in the examination.

Another major change is the removal of the upper age limit for these examinations. Now anyone can appear in the national-level medical test.