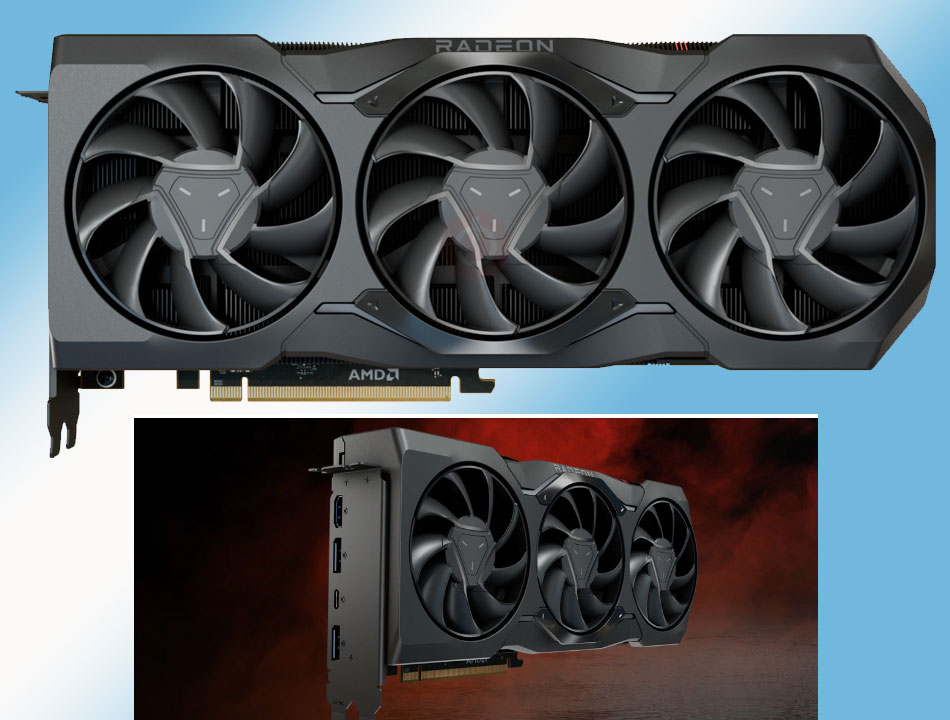 PowerColor revealed two models of Red Devil, Radeon RX 7900 XTX and RX 7900 XT, which is for the AMD RDNA3 desktop lineup. Company is all set to launch these two models and these will be in the  Limited Edition with swappable backplate. The translucent backplate model will have RGB lighting mincing  ‘devilish’ lava. This will also feature a large Red Devil logo.

AMD Radeon RX 7900 XTX comes with a newly designed heatskik for better cooling and it features eight nickel plated copper heatpipes. The new design of the heat sink helps in fast transfer of heat generated by the GPU. The three axial fans on the GPU come with 9 blades and it could reduce the GPU temperatures by  3°C as compared to previous GPUS.  The RX 7900 XTX variant GPU is powered by 21 VRMs. There are three 8-pin power connectors on this GPU.

The support for DirectX 12 Ultimate ensures that most of the modern games will be able to run on the  Radeon RX 7900 XTX GPU card. The support for DirectX 12 Ultimate  guarantees  hardware-ray tracing, variable-rate shading and more. These features are coming in upcoming modern video games. So, this card is further ready and will be able to support most of the upcoming modern games.

Radeon RX 7900 XTX is a powerful GPU that provides support for DirectX 12 Ultimate, which guarantees support for this on the Navi 31 graphics processor. This GPU is a large chip with a die area of 520 mm² and 57,700 million transistors. This GPU consists of 6144 shading units, 384 texture mapping units, and 192 ROPs.

In this GPU AMD designed and paired  24 GB GDDR6 memory to provide top quality performance. The frequency of this GPU is 1855 MHz and can be boosted up to 2499 MHz. The memory of this GPU runs on 2500 MHz (20 Gbps effective).

The size of this GPU is 287 mm x 135 mm x 51 mm, which features a dual-slot cooling solution for better GPU cooling. The price of this GPU stands at 999 US Dollars.