Top recession-proof programming languages to learn in 2023 and beyond 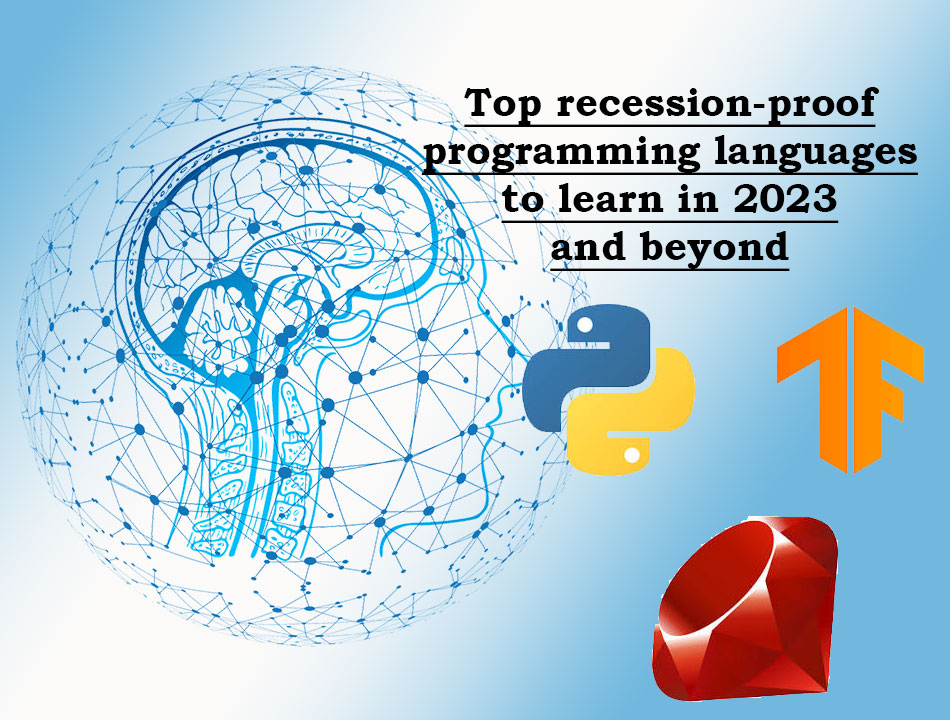 Here are the top 10 programming languages that will be in demand in 2023 and help you in surviving the possible recession in 2023.

The Objective-C programming language is used to develop applications for Apple Devices such as iPhone, Mac or iOS.

The SWIFT language is another popular language for Mac and iOS devices. These days developers are mostly using SWIFT programming languages for iOS and Mac application development.

Python programming language was first released in 1991 and came into mainstream development in the 80's. These days Python is a hot programming language which is being used in data processing, data analytics, web development, data science and many others. There is a lot of opportunity for the Python developers in the software field. Django and Flask are also becoming very popular frameworks in Python for application development. Want to learn Python Programming Language? Check the latest tutorials at Python Programming Tutorials.

Java is a popular high level Object Oriented programming language and it is used for development of almost all types of applications. Java is still in high demand and used for enterprise grade application development. In recent years its popularity has decreased but still in very high demand. So, learning Java is worth it and you can learn it at Java tutorials.

TensorFlow is a mathematical computation and machine library, which is very popular for AI/ML application development. The use of TensorFlow is growing fast as it is supported by Google and being updated fast. If you want to have a career as a Data Scientist then you should learn Tensorflow. You can check tutorials at TensorFlow tutorials page.

JavaScript is primarily developed for running in web browsers. It allows the developers to write code in an HTML page that runs on the web browser. It comes with the limited features and runs in the browser in a secure environment with least privileges. These days frameworks have been developed to JavaScript on-server side. Now JavaScript developers can use their skills to develop server-side programs. Learn JavaScript by visiting the JavaScripts tutorials page.

SQL - Language to interact with Databases

The SQL language was developed by Donal D. Chamberlin and Raymond F. Boyce at IBM in the early 1970s. These days SQL is extensively used in the projects. Learn SQL at the SQL Tutorials section.

COBOL is a very old programming language which was developed back in 1959 at the Conference on Data System Languages (CODASYL). COBOL is still being used for applications such as business, finance, and administrative systems. You may also spend some time learning COBOL but learning Python will be most rewarding.