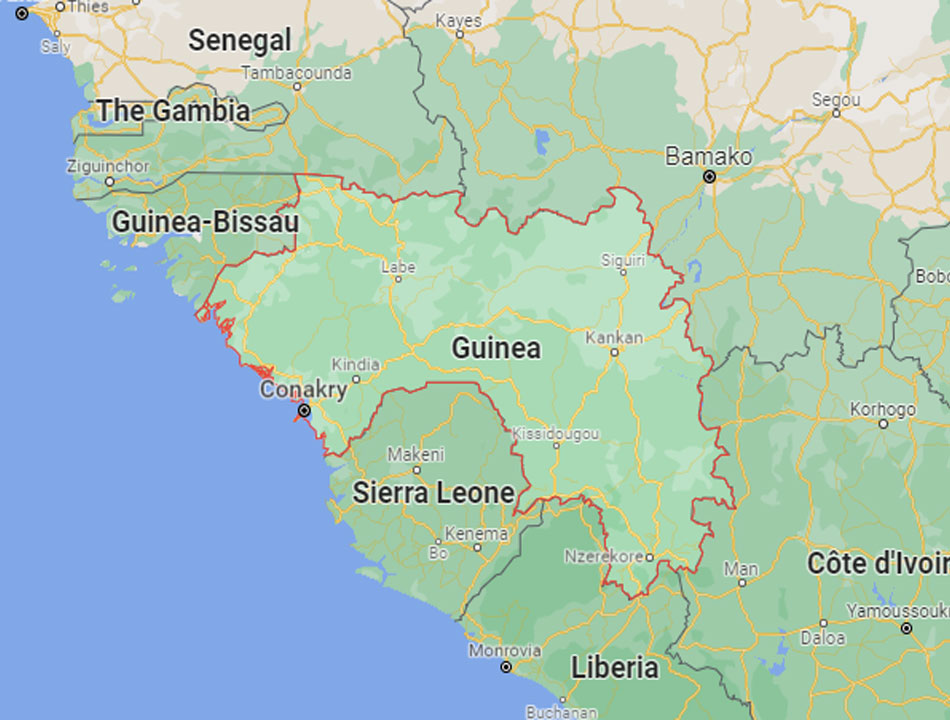 Military forces on Sunday ousted the long-serving Guinean President, in a military coup. The forces told the nation that it had dissolved its government and constitution, and also closed its land and air border.

Doumbouya, a former French légionnaire, draped in Guinea's national flag and surrounded by other armed soldiers on national television, claimed that the army would rewrite the constitution together.

While the United Nations have condemned the coup that took over the West African nation by force, the army’s unit head Mamady Doumbouya claimed that the country's poverty and endemic corruption had driven his forces to remove President Alpha Conde from his position.

On Sunday morning, Conakry heard gunfire erupt near the President’s residency. Which were followed by videos being released on social media, which showed the President, Alpha Conde in a room surrounded by the army special forces, after few hours.

In a response to the forced takeover, the West African regions’ economic bloc threatened sanctions against the, now military-run state of Guinea. The US Department of State also issued a statement condemning the event at Conakry. The statement also said “Violence and any extra-constitutional measures will only erode Guinea’s prospects for peace, stability, and prosperity. These actions could limit the ability of the United States and Guinea’s other international partners to support the country as it navigates a path toward national unity and a brighter future for the Guinean people.”

The US state department urged all the parties in the Guinean dispute to forego violence and any unconstitutional efforts. It tried through the statement, encouraging a process of national dialogue to address the concerns peacefully and democratically, for the country to achieve its full potential.

The President is known to be taken by the military force commanded by Doumbouya, to a discreet location.

In a video statement released by the military leader Doumbouya, addressing the people of the nation said that the social and economic situation in the country, the dysfunction of the republic’s institutions, the instrumentalization of the justice system, the disregard for people’s rights, the disrespect of the democratic values, the constant politicization of the public administration and poverty and endemic corruption lead to the Guinea's republic army through the National Rally and Development Committee (CNRD), to take responsibility of the people of Guinea, declaring the government and constitution invalid and closing of the international borders.

The Statement also asked all other military units to unite and respond to their “legitimate aspiration”. It asked all units to remain at their bases and resume usual activities,

President Conde’s re-election for the third term, where he had changed the constitutional law to allow him to stand again, was met with violent protests from the opposition. In recent weeks the government increased taxes to replenish the state treasury and raised the price of fuel by 20%, which only further frustrated the people.

The response of the  International community to the military coup has been of concern. The UN Secretary-General Antonio Guterres said he strongly condemned any takeover by force and called for the immediate release of President Conde. The Economic Community of West African States threatened to impose sanctions. While the African Union said that it would urgently meet and take “appropriate measures”. Nigeria which is a  dominant power in the region also asked for a constitutional order to return.

However, videos on social media showed people of Guinea who have been rather frustrated with President Alpha Conde rule, especially in his controversial third term, celebrating the apparent coup d'etat by the military forces, which removed the President from his office.