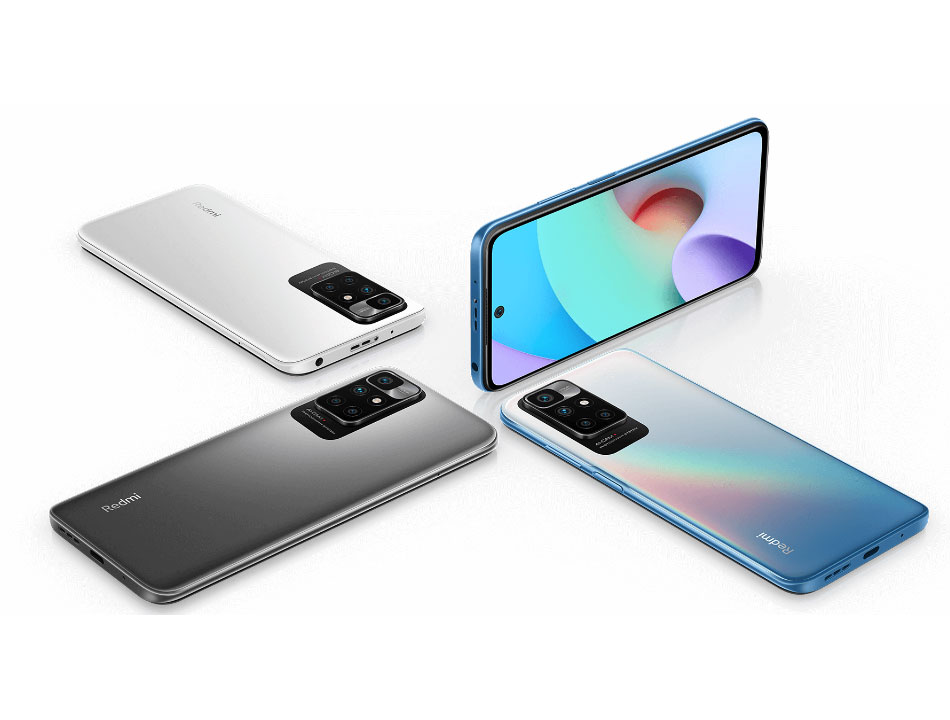 The Chinese smartphone giants had already released a few details before the launch event. Most recently, Xiaomi had announced that the Redmi 10 Prime would pack a 6000 mAh battery and also support features like reverse charging. While the Redmi earbuds were tested to have 30 hrs battery life.

The phone has a quad-camera setup, which houses a 50-megapixel primary camera, a first time in the Indian smartphone market. The camera setup also includes an 8-megapixel ultra-wide shooter, with a 120 Degree field view, a 2-megapixel Macro lens with 2x zoom and a 2 MP depth sensor. On the front, the phone supports a 8-megapixel front camera.

The Redmi 10 Prime comes with a large 6.5’ inch FHD display, which was marketed to have a self-adjusting refresh rate of up to 90Hz. Xiaomi also packs with the phone a new reading mode, which is to cater to the highly digitizing  modes of education since the pandemic.

The phone also marks the arrival of the MediaTek Helio G88 processor in the Indian market. Which gives a higher GHz frequency than Redmi 10 Prime’s predecessors and competitors. The phone houses an extendable RAM feature of up to 2 GB, which can be turned on to run heavy-duty apps and games. The phone in such cases borrows memory from the in-built storage to use as RAM, for faster and better processing.

The phone houses a massive battery capacity of 6000 mAh and also supports 18W fast charging. It also allows a 9W reverse charging, where the phone can be used as a make-shift power bank.

The phone runs on the MIUI 12.5. It has a side mounted fingerprint sensor and an IR blaster.

Along with a new Redmi 10 Prime model, the company also introduced a new set of  Redmi branded earbuds, the Redmi Earbuds 3 Pro. Which are TWS earphones, with dual drivers and IPX4 sweat and splash-proof, priced at Rs 2999.

Consumers can purchase the Redmi 10 Prime on Mi.com, Mi Home, Amazon, Xiaomi showrooms and Xiaomi retail partners on the 7th of September, 12 PM onwards. The Redmi earbuds 3 pro however goes on sale, on the 9th september, two days later.