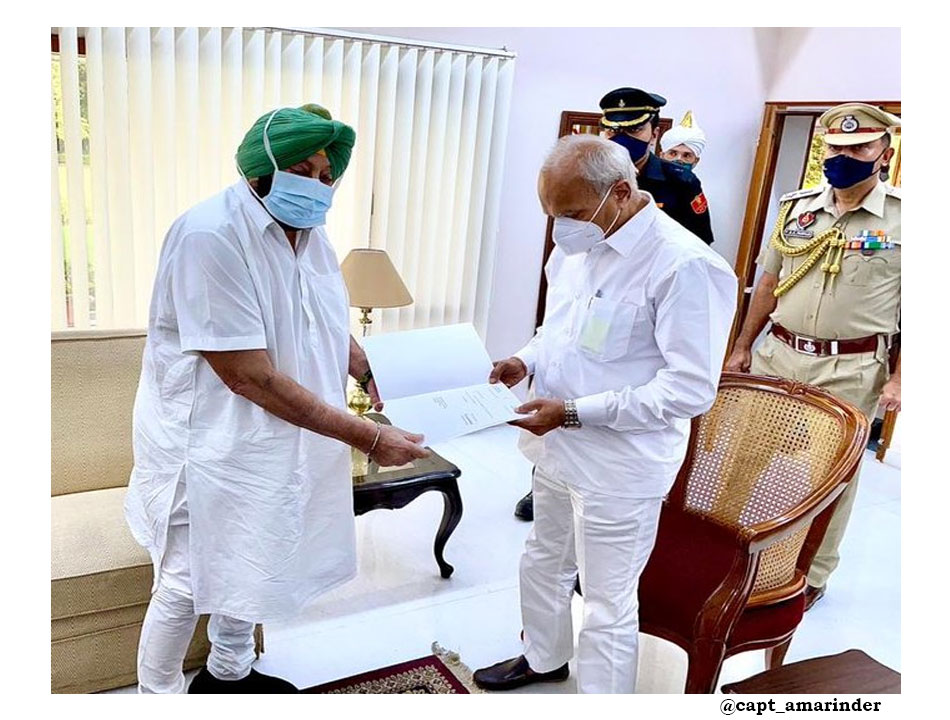 The CM had been having a political tussle with party colleague, Navojt Singh Sidhu after he was recently appointed as the Congress Punjab unit’s chief. The resignation came just hours after the Congress legislative party had a meeting with the All India Congress Committee, on Saturday afternoon.

The meeting was called in a haste on Friday night after some MLAs, most detractors of Amarinder’s leadership, approached  Harish Rawat, the person in charge of the AICC in Punjab, to discuss strategies for the upcoming elections.

The senior Congress leader’s son announced his father’s resignation just hours after the meeting with the AICC got over.

Addressing the Press, at the gate of the Raj Bhavan, the former CM Amarinder Singh said, “ I called up Congress president (Sonia Gandhi) this morning and told her that I am going to resign. The thing is, this is happening for the third time that MLAs are being called for a meeting, my leadership is being questioned.”

However, Singh said that he does not plan to quit Congress for now, while adding that further decisions will be taken after he has talked and discussed it with his loyalists. Political analysts claim that it might hurt Congress in the upcoming election.

Singh had led the Congress to victory in 2017 in Punjab with a 2/3rd majority had initially declared it to be the last one, but recently was raring to have another shot at success. However, the newly appointed chief of the CLP, Navot Singh Sidhu, a cricketer turned politician, never cloaked his ambition to be CM and with the appointment, pictured himself as the natural claimant of the position for the 2022 elections.

The feud fueled by the competition to be the leader between Singh and Sidhu had cracked the Congress state unit and also affected the legislators and ministers in the Assembly, making the party cadre becoming apprehensive about its impact on electoral prospects.

The matter got worse as both the leaders took the fight to the public eye, not leaving any opportunity to pull each other down.

The tussle between the two leaders initially broke out in 2019, after Sidhu had resigned from his ministerial role, being divested with his local bodies role. The problems continued for months but eased when Sidhu was given a state unit chief overriding Singh's objections. The Congress leaders thought the situation would ameliorate, but it did not get any better.