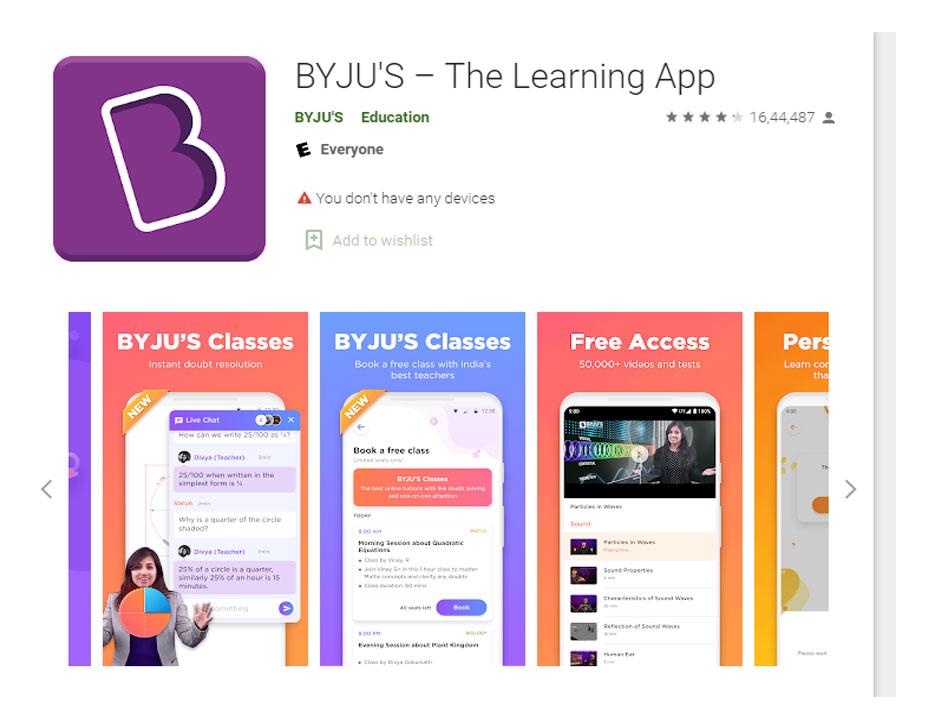 The Niti Ayaog and India Edu-tech giants on Friday launched a partnership, under which students of Classes 6-12 in government schools across 112 ‘Aspirational Districts’ will get free access to the company’s “premium learning resources”.

As part of the internship, a dedicated working group will be set up to actively monitor and evaluate the implementation of the programmes.

NITI Aayog CEO Amitabh Kant in a letter to the Chief Secretaries of states, said, “NITI Aayog is partnering with BYJU’S to make these supplemental learning resources available to children in the government schools in the Aspirational Districts on a pro-bono basis.”

The collaboration has two main components, one is Byju’s  Career Plus programme, which shall identify and provide quality coaching to 3000 “meritorious” students of classes 11 and 12, who aspire to appear for NEET and JEE. Another voluntary programme will also allow children of school-going age ( Classes 6-12) to opt for scholastic content from Byju’s Learning App for three years under Edu-tech's social impact initiative, Education for All.

For the Career Plus Programmes, students will be selected through a pre-designed test and provide teaching and content material, along with mentoring support and guidance. This initiative would combine both classroom and online learning.

Apart from a dedicated centre for implementation support, students will also have access to digital infrastructures in the form of devices, like tablets and smartphones.

Byju’s founder and CEO Raveendran said that the company is confident that with the partnership, kids from these communities and locations will be empowered, with tech enabling and bringing in a positive systematic change in the education ecosystem.

He also added, "Through our Education for All programme, we have been empowering and impacting millions of children across the country.”

Byju’s which was founded in 2011, has grown immensely over the years, and especially after the pandemic, which forced the established education system to go online, and the edu-tech capitalised on it. As of April 2021 was valued at $16.5 Billion, while the CEO Raveendran, became the youngest billionaire in India with a net worth of $3.05 billion.