Project Medicines from the Sky gets launched in Telangana 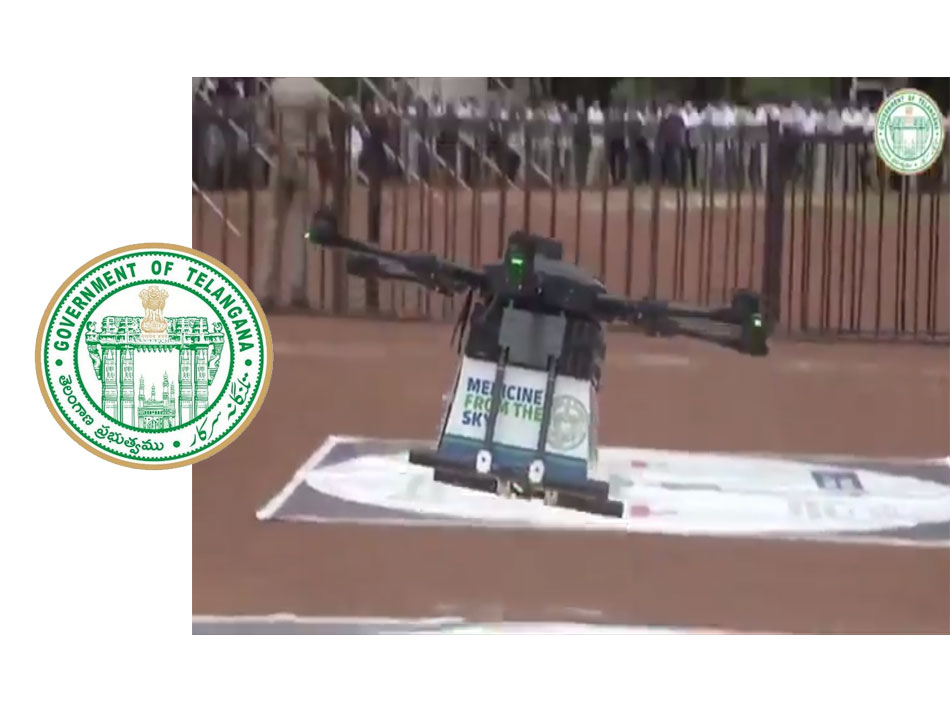 The Telangana government’s first of its kind innovation, the Medicine From the Sky project aimed at transporting vaccines and other essential products to remote areas, was launched on Saturday as it got its final regulatory nod from the Civil Aviation Ministry.

Civil aviation minister Jyotiraditya Scindia announced on Saturday that the project will be taken on a pilot basis across 16 green zones in Telangana and later scaled up on a national basis, according to reports.

The data will be collected for three months and further analysed and studied by the health ministry, IT ministry, state government and the Centre and then a suitable model will be developed to be implemented across the country.

The Medicine From the Sky project uses drones as a mode of delivery to improve the medical supply chain. The project aims to assess the robustness and reliability using different payload sizes, and in controlled temperatures, from distribution centres to specific locations and back.

The delivery can be of medicines, vaccines, units of blood, diagnostic specimens, and other lifesaving equipment.

The project led by the Emerging Technologies Wing of the state IT department in partnership with the World Economic Forum, NITI Aayog, and HealthNet Global (Apollo Hospitals), aims to undertake experimental Beyond Visual Lines of Sight (BVLOS) drones for the improvement of the vaccine supply chain and consequently for other essential items as well.

The Project beyond this further intends to assist policymakers and health systems to analyse the opportunities and challenges of drone delivery as well as competing delivery models and technologies.

In the Wings 2020 event in Hyderabad, last year the Telangana government partnered with the World Economic Forum for the MFTS programme. An EOI, expression of interest was released to assess the capabilities of drone delivery service providers, in providing safe, reliable pickup and delivery of Health care items. 16 consortiums had responded to the EOI, of which 8 were chosen.

Three of the 8, namely Bluedart Med Express Consortium (Skye Air), Hepicopter Consortium (Marut Drones), and CurisFly Consortium (TechEagle Innovations) had reached the identified airspace of the Vikarabad district and conducted test flights ahead of the project’s launch today.
Test flight of the drones will now be conducted over longer distances and with heavier payloads to establish reliability.

The NDA government news Drone Policy has recently eased the rules of drone flight in the country, which has increased the scope of the project. The number of forms to be filled to fly a drone has been brought down to 5 from 25 and the type of the fee charged from the operators from 72 to 4. While no permission is needed to fly drones under the green zone, a nod is needed in the yellow zone but red zones are no-fly areas. An interactive aerospace map is being prepared by the central government,  marking various zones with the help of states.