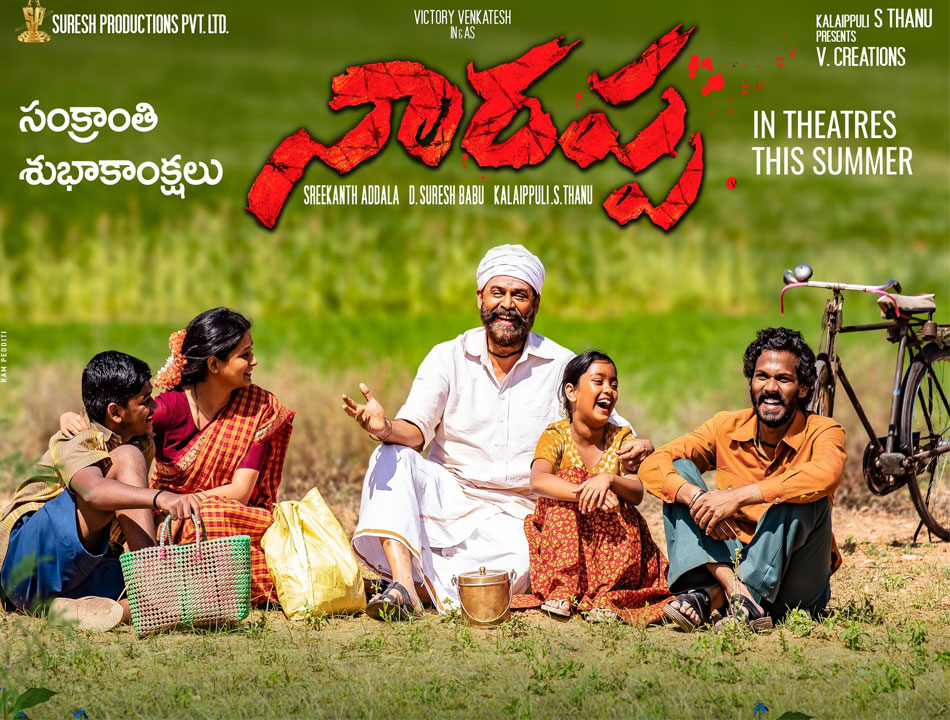 It is now confirmed that Victory Venkatesh’s Narappa will skip its theatrical release and it will be streamed online from the Amazon Prime Video on July 26th and 27th. Still there is no official announcement from Amazon, but Narappa Movie appeared in the Prime Day Sale Television Advertisement of Amazon. Soon, Amazon might come up with the official statement on the release of the movie on their platform.

As per the reports the release of Narappa movie on the Amazon Prime Release is confirmed and it will be available for stream on July 26th and 27th. Fans of the movie are already waiting for the release of Narappa, which is not going to be released in Box offices but will be available on the Amazon Prime video streaming platform.

Amazon is releasing movies on the Amazon Prime Day event and it is expected to release the Narappa movie in the prime event on July 26th and 27th.

Usually Amazon streams new movies in night before 10 PM and we are expecting the same for upcoming  Narappa movie. We will be able to know more once Amazon releases any official statement on the release of the movie.

In this movie fans will be able to see Victory Venkatesh in a Complete Mass Avatar after a long time. Fans were waiting to see the movie on the big screen, but this time it is being released on the Amazon Prime video streaming platform.

Venkatesh’s other film, Drushyam 2 is also going to be released but this will be releasing on Disney + Hotstar. Fans are very excited to see these upcoming movies, but due to Covid-19 situations in the country most of the movies are being released on the video streaming platforms.

The Narappa is expected to be available for streaming from the Amazon Prime platform from 10 PM at July 25th.

The Narappa movie is an upcoming Indian Telugu-language action drama film which is directed by Srikanth Addala. This is a remake of the Tamil-language film Asuran (2019) and this movie was based on the novel Vekkai by Poomani.

This movie is being jointly produced by Kalaipuli S. Thanu and D. Suresh Babu under their respective banners V. Creations and Suresh Productions. Movie is going to be released on the Amazon Prime video streaming platform.

Originally the film was scheduled to release on 14 May 2021. But now due to Covid-19 pandemic in India it is not releasing in Box office instead it will be released on the on Amazon Prime Video streaming platform.