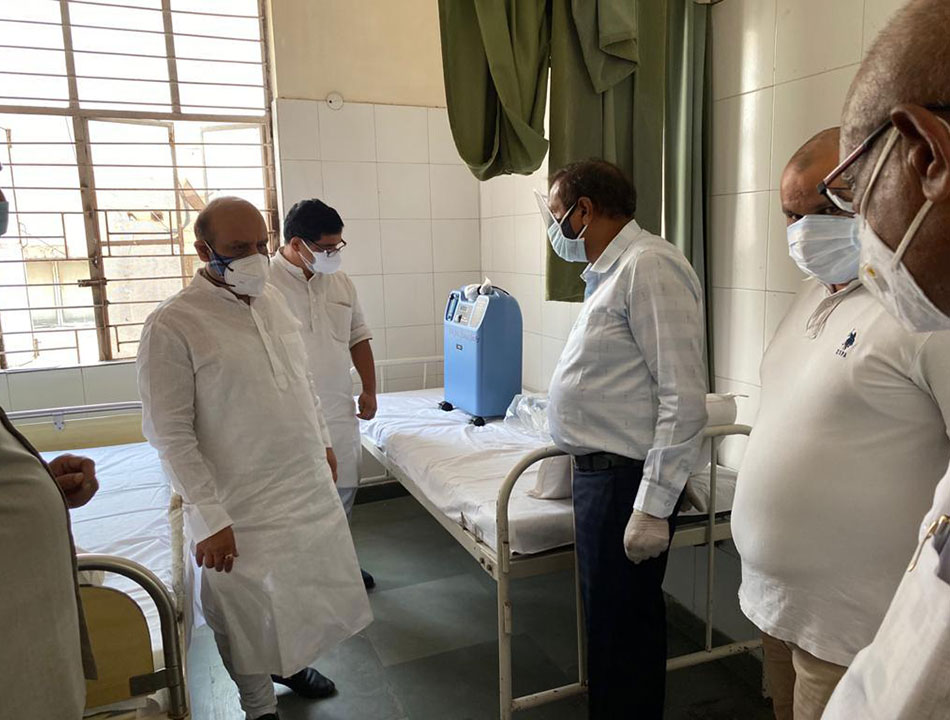 New Delhi, 10 May:  The Delhi BJP Organisational General Secretary Shri Siddharthan and former Delhi BJP President Shri Vijender Gupta today lit the lamp to start a O2 fitted 20 bedded covid care centre in Rohini. Recognised by state government, this is open to public from today itself and has been set up by NGO Sampoorna, Bhagwan Mahavir jan samite and Purushottam Bansal Foundation.

Speaking on the occasion, Shri Siddharthan said medicines, beds and doctors will be provided here without any charges and even food has been arranged for the patients. He charged to tackle the corona like epidemic the Kejriwal government has made no effort to increase beds in hospitals and hence this government has totally failed to arrest the current wave of corona. Shri Siddharthan said Delhiites are still awaiting hospitals announced by state government outside GTB hospital and in Ram Lila grounds for treatment whereas their chief minister is only busy in self publicity about taking various steps to deal with corona. If only he had cared for improving health care system things would not have gone so bad, he charged.

Shri Vijender Gupta said on the basis of this vardhman hospital preparations are in full swing for another covid care centre at Rajapur village in Rohini sector-9. Beds and concentrators have already reached here,he said adding  the services will be available locals shortly. He said from January till March 2012, in these three months the Kejriwal government has spent hard earned money of people close to Rs 150 crore in only shining his own image through publicity. If only this amount had been spent on improving health care system, things would have been different, he said.

Shri Gupta said human service is like service to god and it is time we helped each other by distributing masks, medicines, food and like things and also encourage others to do it. He said in future some more such centres would be set up.