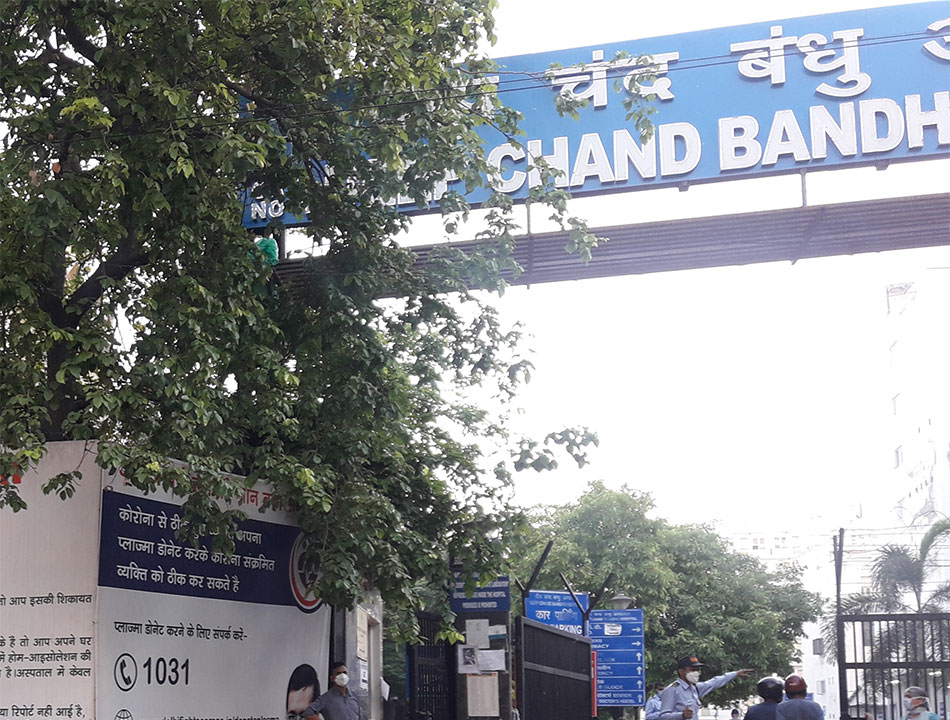 Due to massive surge in the new Covid-19 cases Delhi is facing severe shortage of beds, medicines and medical oxygen.

Chief Minister Arvind Kejriwal tweeted "Serious oxygen crisis persists in Delhi. I again urge the center to urgently provide oxygen to Delhi. Some hospitals are left with just a few hours of oxygen," in his official account on Tuesday.

India reported nearly 2.9 lakh fresh cases of Covid-19 infection on Tuesday, which is second highest per day cases reported globally. I past 24 hours 2,021 deaths were also reported which is highest figure so far. Now the per day cases are 2,94,291 which is almost three time of the first wave’s peak which was 98,795 cases.

At this rate per day case might cross 3 lakhs very soon, which is very alarming, signal for India. The death rates are also rising sharply in the country. Last year Central Government imposed country-wide lockdown the contain the Covid-19, which as very effective and helped India in fighting Covid-19 very well.

Maharashtra is most affected state in the country with 62,097 new cases reported on Tuesday, while 519 deaths are reported in the state on the same day. While Mumbai reported 7,192 new cases on Tuesday.

Cases are also increasing fast in Uttar Pradesh, on Tuesday 29,754 new cases reported which close to Sunday’s fresh count of 30,596.

The PM said that the leading pharm industry increased the production of medicines, he said “Beds are being increased and special and big Covid hospitals are being set up. We started work on vaccines early and scientists have developed the cheapest vaccines. The private sector has shown innovation and enterprise and we have speeded up approvals.”

Country’s Hospitals are facing shortage of the medial oxygen supply, while center is working on the supply of industrial oxygen to Hospitals for medical use.